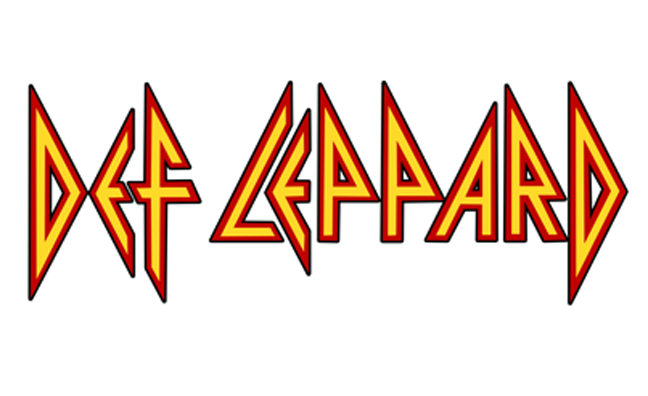 The full Def Leppard catalogue has finally been made available on streaming services for the first time.

The band have sold more than 100 million albums worldwide during their career and achieved two UK No.1s, Hysteria (1987) and Adrenalize (1992), but had previously kept their full catalogue away from digital platforms.

“It is with a mixture of relief and euphoria that we now see our entire catalogue finally getting a digital release," said lead singer Joe Elliott. "Having embraced every other format with open arms, especially & more recently the re-emergence of vinyl, we’re now going to be available to everyone everywhere and honestly, it’s as exciting as the original releases were.”

Guitarist Phil Collen added: “We felt we'd been left out of the digital party, but it's a thrill for us to finally accept the invitation and to be able to say 'Yeah, you can stream us, download us and hear us on all digital outlets.'"

Bassist Rick “Sav” Savage said: “After many requests from fans in the UK, I'm delighted that we can bring the whole Hysteria album to arenas across Britain and Ireland later this year. From Women to Love And Affection plus many other faves thrown in for good measure. Oh, and our old pals Cheap Trick will be there also to help with the celebrations!"

The UK & Eire tour will follow a 60-city co-headlining tour with Journey of stadiums and arena venues around the US.

Elliott took part in a Q&A to discuss Def Leppard's arrival in the digital space.

Joe, can you give us the background to Def Leppard's decision to join the digital space, and how long the discussions were going on?

"Before he passed away, Howard Kaufman [the band's manager, at H.K. Management]  was very into this deal. We tried to do a deal many years ago, but it didn't work out, so we just waited and bided our time. Record labels, or any kind of institution like this, keep the same name, but every 18 months you can have totally different people. It's like a football team: look at any football team from five years ago and see who's still playing in it today. We were just very fortunate that the people there [at Universal] at the moment were very onside to doing this deal. We sat down with them, the royal 'we' being Howard and Mike Kobayashi, our manager, and basically just batted the stuff back and forth until we all settled on what we thought was a fair deal. So it's been on the go for a while, but this particular one that we've all signed off on, probably a year, maybe."

You've been quite vocal in the past about digital services. Did something change your mind? The industry itself is almost unrecognisable from the way it was even a few years ago, of course.

"Everything that's been said in the past is totally irrelevant today, because things change so much. So yes, it's highly unrecognisable, except for the fact that there's still only eight notes, and 'maybe' still rhymes with 'baby,' and that's where our focus mostly is. The rest of it you deal with on a case by case basis depending on what you're talking about, whether you're setting up a tour or a record deal or doing an album. It's all different and it depends on the artist."

Why do the deal now?

"Because we were off the road, and we could spend some time thinking about this. People throw contracts and stuff at you halfway between New York and Philadelphia and you've got your head in another space, and you sign all the wrong things, you don't take it in. We had the time and the effort to let the guys get on with us and then come back at us, and over the last three or four months it's all settled into place. It was the last bastion of what we aren't involved in, and it didn't make any sense not to be, now that we were in a good place again with Universal. The people that we're dealing with there are on our side, if you like. They want to make this work, and we always wanted to make it work. We were just handcuffed a little bit by different sets of opinions."

Do you think digital and physical can live together?

"Absolutely. It's all down to the choice. Some people will go on Spotify, or the streaming site of their choice, listen to an album and go 'Ok,I've heard it, that's all I care about,' and they'll listen to it again in six months' time. They're paying their fee to Spotify and that's all they do. And there's other people who'll listen to it on Spotify and go 'Oh, I've so got to buy that record.' You can take those two isolated incidents into the corner of the room and the one guy is going 'Why would you consider buying it, what's the point?' and the other guy going 'Because I have to feel it, I have to be able to smell it.' That's why there's multiple choices of food in every restaurant. Everybody has their own way of doing things, and they do rub shoulders. Since 2009 when we did re-records, Mirror Ball, the stuff from Vegas or Detroit or the latest studio record, they sell physically just as well as they did whether they're streaming or not. In fact there's an argument that you sell more if you're streaming than if you're trying to protect yourself by not streaming."

And you're also planning lavish physical reissues, aren't you?

"The entire catalogue is going to be coming out on vinyl, CD, physical with bonus stuff and liner notes, we're doing that over a period of time. So it's a complete re-embracing of the relationship with Universal, it's physical, it's digital, it's everything."

Does it feel like a bit of a reboot of everything you're about?

"That's what it is. We've reached a level now, it's plateauing I think, where before people [thought with box sets] they're taking us to the cleaners. We're not, because you're actually kind of getting the music for free but you're paying for the book. You always make sure there's plenty of stuff that they've never seen before. It's the packaging they're buying into. But this isn't like the packaging that looks great at Christmas and you cut it open and throw the packaging away. The packaging stays forever with this, and the music is nostalgic, of course it is, whether it be Pink Floyd or The Beatles or whatever."