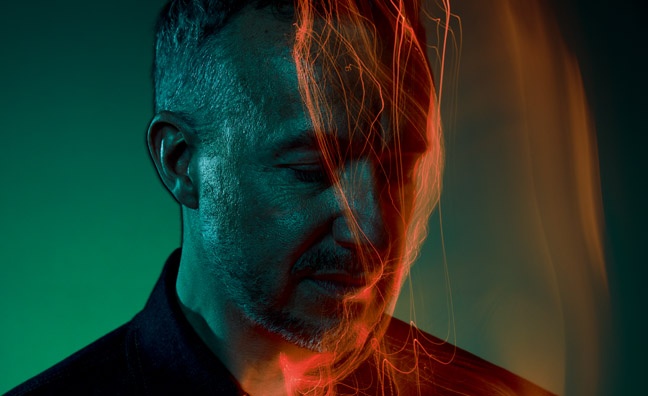 Fraser T Smith has announced details of his new artist project Future Utopia and album 12 Questions – which will be released via London based artist services company Platoon and Fraser’s own label 70Hz on October 23.

The first single to be released from the album, Do We Really Care? Pt.1, was given a ‘Hottest Record’ play from Clara Amfo on Annie Mac’s BBC Radio 1 show – and is available to listen to now.  The track features Tom Grennan and Tia Carys.

Smith is the latest signing to Platoon – which acquired by Apple in 2018 – with other recent additions including Princess Nokia, Poo Bear, Aaron Smith, Victoria Monét, Marian Hill, and Cosima.

Speaking about the album, Smith said: “I made this record not because I could but because I had to - there was no other way to progress. It’s the most ambitious, exciting and terrifying thing I’ve ever done. Creatively, it’s a colourful musical playground - the culmination of everything I’ve learned over my career, from 70’s progressive rock to hip hop. Culturally, it’s a celebration of humanity, whilst shining a light on some of the cruel injustices in the world. I’m so proud and humbled by the hugely diverse group of collaborators who have spoken their truths on the album. I hope the answers will enlighten the listeners and stir debate.”

An official press release stated: “The album is based on a series of twelve universal, human and urgent questions, each of which is posed by Fraser to a different collaborator. The questions are born of Fraser’s own anxieties concerning topics such as faith, freedom, race, gender, wealth, equality and ecology. The album runs as a continuous composition, with clear delineation between each of its twelve questions.”

You can see the full 12 Questions tracklist below

How Much Is Enough? feat. Kojey Radical

What’s In A Name? feat. Bastille

Why Are We So Divided, When We’re So Connected? feat. Es Devlin

Children Of The Internet feat. Dave

How Do We Find Our Truth? feat. Stormzy, Beatrice Mushiya

Is It Too Late To Save The Planet? feat. Katrin Fridriks

What Happens Next? / Way Back When feat. Lafawndah

What Matters Most? feat. Arlo Parks

What Is Love? feat. Duckworth

Subscribers can read our most recent interview with Fraser T Smith here.