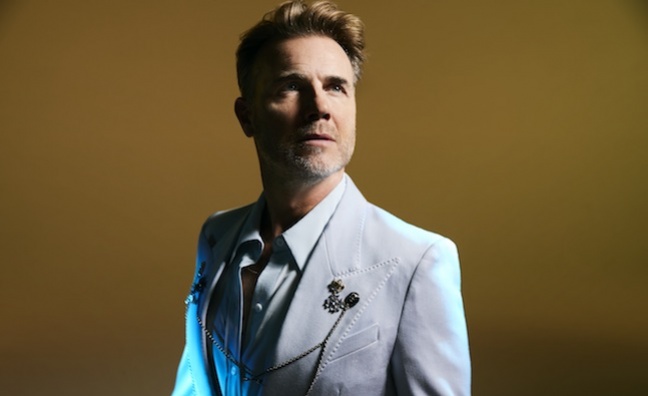 Gary Barlow has confirmed to Music Week that Take That's long-rumoured Las Vegas residency is "still on the cards".

A Sin City run was first mooted for the group in 2015 but never came to fruition, while sometime bandmate Robbie Williams played a successful series of shows at Wynn Las Vegas in 2019 and was due to return in 2020, before the pandemic hit.

And though the coronavirus has curtailed plans for the time being, Barlow said a Vegas jaunt remained a serious possibility.

"It's still on the cards that," said the 50-year-old. "[Covid-19] has got in our way a bit because we were going to do a little try out period, just like six shows across a week. But we've got possibilities of two hotels there and I think we can go twice a year. It's a possibility, but I think it's going to go back a few years because to ask people to travel that far is just not cool at the moment."

Earlier this month, it was announced that Barlow is co-producing a BBC One music and entertainment show, I’m With The Band. The programme, which follows the success of Barlow’s Crooner Sessions collaborations on YouTube, is based around a supergroup concept that will see the hitmaker bring together artists and musicians to perform classic songs from past and present.

"Simplest premise ever for a music show," said Barlow, who starred in Music Week's Aftershow feature last month. "The common feeling is that people think we’re all missing audiences, which we are, but we’re also missing playing music. We’re also missing the experience of being stood opposite another great musician and having a good jam together."

"This show is designed to try and cater for every music taste from my mum to my kids. It’s going to be a fantastic jukebox of a playlist that is going to be played by an all-star amazing band," added Barlow, who is due to embark on a solo tour of UK arenas in November/December 2021. "The band may change every week, we are going to have a couple of guests every week but it’s a celebration of music and performance - not done in front of audience - done in almost a rehearsal room, as if you’re watching a fantastic band’s last rehearsal before tours open again."

The star also opened up on his friendship with James Corden, who duetted on the track The Kind Of Friend I Need from Barlow's recent No.1 solo album Music Played By Humans (103,759 sales, OCC).

"He was a massive Take That fan at school," said Barlow. "The first time he came to see us was at Wembley Arena with eight girls from his class and they were on the very back row.

“When I first met him, they were filming Gavin & Stacey in Wales. We were playing Cardiff Millennium Stadium and he turned up to see us before the show and suddenly did a routine from [Take That's first Top 10 single] It Only Takes A Minute. We hadn't even performed that song since ’92 or something, but he did it perfectly. I was like, 'Hang on a minute you're a big fan of the band aren't you?' He went, 'Oh mate, I know it all! I know every hand movement, every lyric...'

"We kept in touch after that and have become even closer since he moved to the States because I live there for about three or four months a year, so I see a lot of him when I’m out there.”