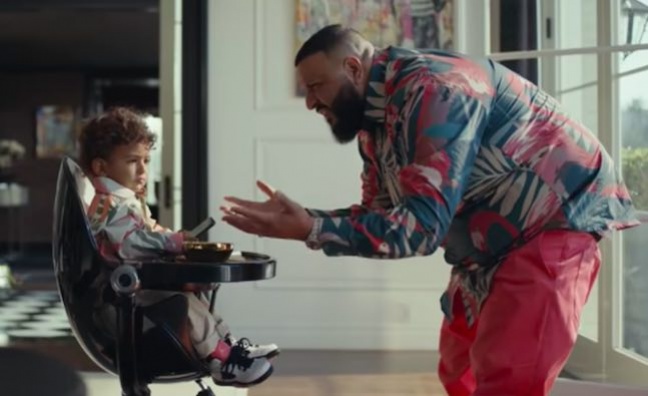 Apple Music has announced DJ Khaled as its first artist in residence.

An official press release states that DJ Khaled will work closely with the Apple Music team to “create and executive produce stand alone special editions of some of Apple Music’s most successful and beloved playlists.”

DJ Khaled will create one playlist every month while in residence at Apple Music. To mark the announcement, DJ Khaled has unveiled Office DJ Khaled, his own version of Apple Music’s Office DJ playlist featuring the likes of Lauryn Hill, Drake, Sam Cooke and Snoop Dogg.

The press release confirmed he would be making his presence felt on other Apple Music staples like It's Lit!!!, Gymflow and more. DJ Khaled will also continue his We The Best Radio show on Beats 1.

In May, Khaled released his latest album Father Of Asahd, which included collaborations with Beyoncé, Jay-Z, Cardi B and Justin Bieber. It has currently sold 28,025 copies to date in the UK according to Official Charts Company data.

Last month, Apple  announced Up Next Live, a series of intimate performances from past and present Apple Music Up Next artists. The streaming service’s developing artist programme has backed artists including Koffee, Khalid, Billie Eilish, Sigrid and Jax Jones. Up Next also has its own associated Apple Music playlist.