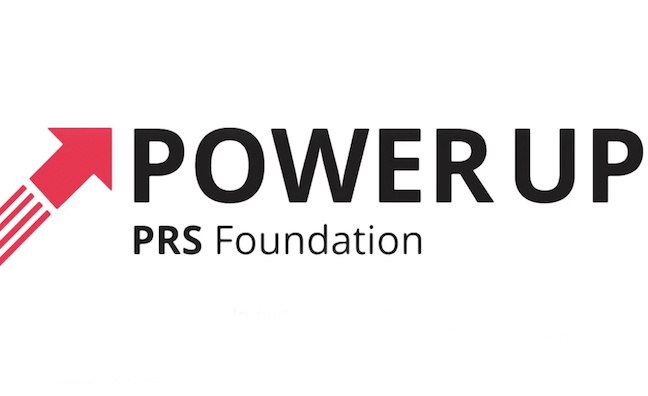 Power Up has announced that Spotify, Believe and Simkins are the latest partners to join it’s initiative.

Spotify will be joining Power Up alongside original partners YouTube Music, Beggars Group and the Black Music Coalition, playing an active role connecting and engaging with the 40 year one participants.

The programme also brings together several music industry organisations across all sectors to accelerate change, with supporters including Creative Scotland, AIM, the BPI, the FAC, The Ivors Academy, The MMF, The MPA, MPG, The Musicians’ Union, PPL, PRS for Music and the PRS Members’ Fund.

As well as supporting the cohort of participants who were selected from over 500 applicants, Believe will work alongside the Power Up team to deliver a series of masterclasses aimed at the wider Black music community around the UK.

Shout4 will become the first associate partner, opening up their deal-making and contracting platform to support Black music creator and industry professional participants.

It follows the recent announcement that Shesaid.so will work in partnership with Power Up to deliver the We.grow mentoring support programme to fast-track progression as part of the holistic support package on offer.

With YouTube Music and Spotify in partnership, as well as some of the biggest and most respected independent companies, funders and trade associations, Power Up said that “the invitation remains open for music companies big and small to add their support and join this initiative to bring about meaningful and lasting change in the UK music industry”.

Tom Connaughton, managing director, Spotify UK and Ireland, said: “Ben, Joe, Yaw and the PRS Foundation Power UP team have been doing great work and we are really excited to be involved. We are committed to using our platform to amplify black creators and champion black voices: partnering on Power Up and our Spotify x Plus1 for Black Creatives initiative, is just one step in the important journey we are all on to continue tackling and addressing inequity in the industry.”

Ben Wynter, co-founder of Power Up, said, “Special thanks to Leigh, Euan and Ric for ensuring their companies engaged with Power Up and to Tom, who has believed in and been an encouraging force for Power Up from the start. I am very happy to see more companies coming on board to work with Power Up!

“The day one vision has always been for the UK music industry to be engaged and invested in Power Up. When the black squares went up, it became clear that there was a willingness for change but not everyone necessarily knew how to go about it. Our objective was to work with companies to help find the solution. We want to work with the key players in music to create a more equitable industry for all. It has been impressive to see how quickly the DSPs, the independent music community, distributors and trade body sector has recognised the impact Power Up is having and will continue to make as well as the importance of collaborative working to create real and lasting change. With that said the glaring omission from our partners are the major record labels and I hope this is something we can rectify soon. We hope these partnerships will inspire more across the industry to get involved.”

Joe Frankland, CEO of PRS Foundation and co-founder of Power Up, said: “We’re delighted to welcome the new partnerships with Spotify, Believe, Simkins and Shout4 for Power Up.  Their contribution and direct involvement in this initiative will be invaluable to the participants and the wider movement going forward.”

Leigh Morgan, global director of editorial & marketing partnerships, distribution at Believe, said: “We are thrilled to support this innovative program, the team behind Power Up and most importantly the participants and wider community. After a long period of reflection from the staff in the UK office at Believe, there still is a lot to unpack and to change within the music industry, Power Up is an important part of the change we want to see. We have made a vow to put conscious efforts in to bettering Believe UK on our path to becoming not only an actively anti-racist business but also as an actively anti-racist employer. Our partnership with Power Up will help us to achieve this both as an organisation, but also for the wider music business. We firmly hope that Power Up will no longer need to exist in the near future.”

Euan Lawson at Simkins said, “Power Up is a vital initiative that presents an opportunity for genuine, meaningful and enduring progress.  We at Simkins are delighted to support Power Up, both by making a funding contribution and also by providing training, mentorship and legal resource to the Power Up participants.”

Ric Yerbury, Founder, Shout4 said: “Hats off to Power Up. Much needed and deserving all the support it can gain from our industry. The barriers for Black artists and music professionals are considerable and should not be underestimated. We firmly believe that our RevShare software will form an important part in breaking these down and are delighted to make this available to Power Up."

Sheniece Charway, artist relations manager, said: "Power Up's mission is to bring about tangible and ongoing change within the industry so we are thrilled to see more partners joining the initiative. We're already witnessing the impact of Power Up and what can be achieved through collective action, so we're excited to see how we can continue to push things forward together.”

Sheryl Nwosu, lawyer and chair of the Black Music Coalition, said: ”As principal partners to the Power Up programme from day one, we are really pleased to see more organisations getting on-board and throwing their support behind Power Up. With the added support the programme will be stronger, and we believe, reach even further in its aims. We welcome the teams at Spotify, Believe, Simkins and Shout4 and look forward to working with them in the coming days, weeks and months."