'In 10 years' time, I hope there's no need for Power Up': PRS Foundation reveals diversity ambitions 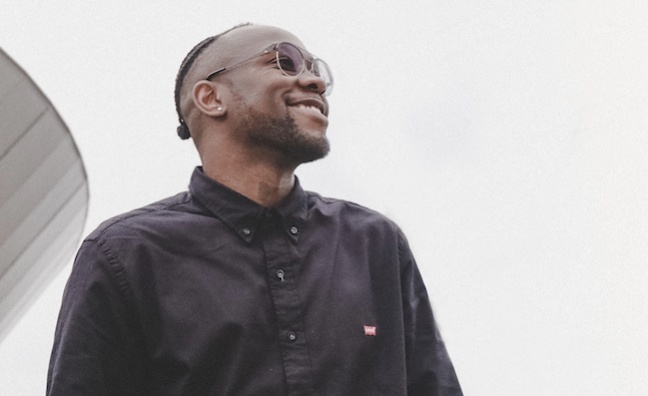 Applications are now open for the Power Up initiative from PRS Foundation until March 10.

It’s the first year of the initiative to support Black music creators and professionals with grants, mentoring and networking opportunities. Power up has partnerships with YouTube Music, Beggars Group and the Black Music Coalition, as well as many UK trade bodies such as UK Music, which operates its own Diversity Taskforce.

In the latest issue of Music Week, Power Up co-founder Ben Wynter explains how the initiative – open to 40 Black music creators and professionals each year – can make a lasting difference.

How is Power Up going so far?

“It’s going well. I came on board as a consultant in August, so Joe [Frankland, PRS Foundation CEO] and Ben [Wynter, co-founder] had done quite a bit on the initial stages of deciding what we wanted to do with this organisation. My work has been making sure that it's sector-backed and, in terms of the individuals who have experienced these barriers, a big part of it is making sure that they'll be involved every step of the way. We think that's critical.”

Why do you think this is such an important initiative for the music industry?

“Black music professionals, Black artists and Black music, in its widest sense, have contributed so much to the music industry. Power Up aims to push the agenda for the people who do experience barriers, setbacks and glass ceilings; it aims to fortify their belief in what they do as well as improve skill sets. The biggest thing is to add hope. We know what a lot of these individuals are able to achieve once they can break through and be given an equal opportunity – that's the essence of Power Up.”

Have you been heartened by the reaction to Power Up?

“Let's talk first about the individuals who have been involved in the focus groups and the Executive Steering Committee. That passion and understanding of what we're trying to do has been wonderful for the Black music community, that’s been really great.

“For the industry, it seems like the independent sector have got on board first and foremost, such as Beggars Group, and a lot of the trade bodies have been really quick to understand what we're trying to do with Power Up and back that. It’s an ongoing discussion with the majors, as they find out how they're going to make change. So it hasn't been as widespread as we need, but I think in every discussion they see what we're trying to do. Some of the partners have been amazing, I've got to give a shout out to Google and YouTube for being the first to see what we were doing and getting involved.”

How will you be able to judge the success of Power Up?

“We're going to have verifiable ways to measure our success. Obviously, with the participant programme there are 40 Black professionals and artists every year – 400 over a 10 year period. But my personal measure of this will be that, in 10 years' time, I hope that there's no need for Power Up. If there's no need for Power Up, then it's done its job. There are many ways to measure success between now and then, but the ultimate measure of a rebalancing initiative like this is that you want to get to a point where it's just not needed.”

And how are you going to maintain the support and momentum for the programme?

“The network element is so important, because people feel isolated. So year on year, the network is going to be really powerful and that’s going to allow Power Up to grow and improve what we do with the offer. I just see it getting stronger and more nuanced in how we help people get over the hurdles, and also help organisations deal with the challenges that they face.”

You’ve launched this in a pandemic year, what impact has that had on the project?

“If you think about the Black Lives Matter movement, it has been heightened by the pandemic. You know, it seems like we're all in a place of massive reflection about our own lives, individually. There have been challenges trying to get this going during the pandemic. But at the same time, it has also helped us focus and get very busy people involved. If you look at our Executive Steering Committee, to get them all in a room together would be next to impossible; but you can get them on Zoom for that hour-and-a-half, so that has been aided by the situation we're in.

“Our big thing is that, regardless of the pandemic, we want to make sure that this is not seen as a 2020 thing that will end and we’ll all move on to something else. We all want change, we all believe in change – Power up is a solution to help bring forward change.”

Applications for Power Up can be made here.

To read our interview with Power Up co-founder Ben Wynter, subscribers can click here.