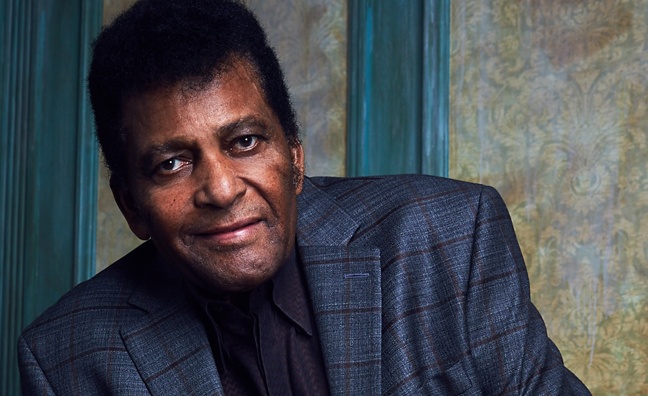 Tributes continue to pour in for country music legend Charley Pride after the star passed away on December 12, aged 86.

Rolling Stone reports that Pride – known for classics such as Kiss An Angel Good Mornin’ and Just Between You And Me – died from complications related to Covid-19.

Hailed by the CMA as country’s “first Black superstar”, Pride was the first Black artist to co-host the CMA Awards, taking the reins in 1975 alongside Glen Campbell.

Throughout his storied and trailblazing career, Pride received three CMA Awards and was most recently awarded the 2020 CMA Willie Nelson Lifetime Achievement Award. He was named CMA’s Entertainer of the Year in 1971, and twice Male Vocalist of the Year in 1971 and 1972 before being inducted into the Country Music Hall of Fame in 2000.

Speaking about his passing, Sarah Trahern, Country Music Association CEO said: “To say Country Music has lost a trailblazer is an obvious understatement, but in fact one of the biggest losses is Charley’s definitive Country voice. I remember working with Charley in 2009 on ‘Country Music: In Performance at the White House’ when President and Michelle Obama invited several Country artists to perform. He was a trailblazer in so many ways. It was a special night and Charley was telling amazing stories. Our deepest condolences go out to his wife Rozene and the rest of his family and friends at this sad time.”

A host of names have taken to social media to celebrate Pride’s legacy.

Rest In Peace. My love and thoughts go out to his family and all of his fans. - Dolly (2/2)

So sad to hear about the loss of my old friend Charley Pride today. He was an amazing entertainer and could sing a country song like no other. I had the privilege of getting to work with him early in my career and he couldn’t have been nicer and more welcoming to a new guy. pic.twitter.com/xiLLmqflQ9

We’re saddened to hear about the loss of the legendary Charley Pride. He was a true gentleman with a kind heart. Our thoughts are with his loved ones. His music has made a huge impact on the three of us and on the world. #CharleyPride pic.twitter.com/Q2g7bu72Zn

My heart is so heavy. Charley Pride was an icon a legend and any other word u wanna use for his greatness. He destroyed Barriers and did things that no one had ever done. But today I’m thinking of my friend. Heaven just got one of the finest people I know. I miss and love u CP!

So saddened to hear that we've lost one of the greats, Charley Pride. A trailblazer in country music and an incredible songwriter, a huge inspiration to me ?? pic.twitter.com/5JQzT322CS

Sad news.
A lil’ insider Pride/Johnson intel. 10+ years ago I had the privilege of spending time with Charlie in Texas as I was going to play him in a biopic movie. Never got it made, but still my honor. Kiss those angels good morning, brother and RIL ????https://t.co/rMiEffisgv

It’s such a sad day saying so long to #CharleyPride. I’m just so thankful I got to sing a song with him. That’s where this pic was taken. I also narrated his I’ll Be Me documentary. My heart, my love, my soul... everything goes out to Rozene and the entire Pride family.
?????? pic.twitter.com/gv6RmTV7y4

I had the pleasure of meeting Charley Pride when I was playing the @opry. I was in awe of his presence and his talent. So saddened by the news of his passing. He was a true legend and trailblazer. His impact on our genre and generations of artists will never be forgotten. Rip

Your voice. Your humility. The fact that the first time I ever visited the Opry, you were backstage holding court and I was trying not to eavesdrop. ???? pic.twitter.com/1CdgIYRTZz

What a sweet & legendary man. Whenever he saw you he would offer a smile & tell you your birthday. I don’t know how he remembered, but he always did...I’m so glad I got a few chances to be in the presence of Charley. Rest In Peace & sing with the angels... https://t.co/SOfMJ950sP

RIP #CharleyPride. Thanks for breaking down barriers and your amazing talent. Your story is one for the books. Godspeed!!! ???? pic.twitter.com/RsZSizO0tS