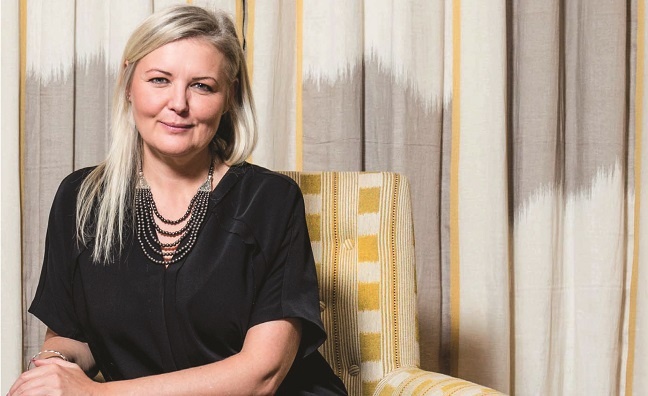 The gender pay gap debate may have been overshadowed by the coronavirus this year – companies were not obliged to report their latest figures because of the Covid-19 disruption.

However, the latest figures from those who did report their pay gap results are still a cause for concern in the music industry, which has collectively pledged to tackle diversity.

Here, former BASCA CEO and diversity consultant Vick Bain analyses the trends and calls on the industry to act now…

The past few months has seen music, indeed all the creative industries, worry about its existential future. There has been a collective although cautious sigh of relief at the government’s focused £1.57 billion bail-out for the arts, a glimmer of hope amongst the decimation. And yet I worry how this crisis will exacerbate inequalities. We already know women and ethnic minorities receive less pay and their jobs are more vulnerable, even in normal times. We need to keep vigilant over the coming months and put in place specific provision to assist those in need.

So, it came as some surprise when eight music companies, out of a possible 13, reported their 2019 gender pay gaps a few days ago. The government withdrew the requirement for this year a week before the deadline of April 5. The question of why they have reported now is a mystery; perhaps they can see worse coming down the line? Next year there will be reporting for 2020. which happened just as the country was firmly locked down and it remains to be seen what impact that has had, and will continue to have, on women in the workforce.

To give some factual background: men earn more than women in most countries; this is known as the gender pay gap. The mean gender pay gap is the difference between the average hourly earnings of all the men and women working for a company. The median pay gap is the middle hourly earnings if you rank everyone top to lowest. The median pay gap is generally taken as being a more representative measure because it is not affected by outliers – a few individuals at the top or bottom of the range. However, the mean pay gap will usually flag up the fact there are a few extremely well-paid individuals at the top of the organisation.

Let us look at the highlights and trends:

Favouring men or women: In 2018 we had 10 companies out of 12 favouring men on every statistic measured but there were two companies, PPL and Music Sales (now Wise Music Group) who, using the median statistic for hourly pay (but not the mean), slightly favoured women by a couple of per cent. In 2019 there is only one company who favours women, out of eight, on median pay… the new JV between PPL and PRS.

Overall best for women: The new JV between PPL and PRS.  They paid their female staff nearly 10% more than the men, with women occupying 49% of the top quartile jobs.

Greatest slippage: PPL, who were better than any other company in the first two years of reporting, 2017 and 2018.  They have slipped backwards considerably and in April 2019 were paying their female staff 13% less than men. This seems to be caused by top female executives leaving as the percentage of women in the highest paid jobs fell from 45.5% to 32.7% in two years. Let’s hope they were moved into the PPL PRS JV.

Most improved: While three companies saw increases in their hourly pay-gap to the detriment of women, four companies have seen tiny improvements over the three years of reporting. Live Nation have seen the biggest increase, of five pence per hour in three years. They still pay their female staff 26% less than male staff so we cannot get too excited about it; but if they keep up this pace they could achieve parity in 2036.

Slowest improvement: AEG at two pence increase in three years, so they are on track to hit parity in 2078. Warner Music are also moving slowly at three pence increase in three years; I anticipated they would move quicker because they have appointed a head of inclusion and have been very forceful in their diversity PR messages, but it’s not translating into more women in the organisation especially at the top. Its bonus payments are still hugely in favour of men too.

Overall worst for hourly pay: AEG has won the top spot for the greatest median pay gap of all eight who have reported so far this year. They pay their female staff 39% less than their male staff. Live Nation have the worst mean pay gap at 44.5% less than men. AEG were overall the worst on most of the measures in 2017 and 2018 too, although they have increased their median pay ever so slightly from 59p to 61p for every £1 that men earn. An increase of two pence in three years, so small mercies.

Greatest mean bonus pay gap: The prize for the greatest mean bonus pay gap goes to Live Nation, who paid bonuses to men that were 86% higher than those going to women (it was an astonishing 91% last year). Mean pay and bonus gaps indicate there are a few extremely well-paid individuals at the top of an organisation and Live Nation is the most extreme example of this of all the music companies.

Alpha male bonus culture: It is interesting to note that the top three consistently worst companies for pay and bonuses are those in the live sector. Bonus cultures in other industries such as finance have been shown to exacerbate pay gaps and encourage gendered cultures. The Equality and Human Rights Commission in its inquiry into the finance sector after the 2008 financial crash and the Women in Finance Treasury report in June 2018 both found ‘Alpha Male bonus culture’ to be a major barrier to gender equality. Academic studies of bonuses show they are often discretionary, arbitrary, and counter-productive in organisations. They also have the potential to have negatively gendered consequences, as is demonstrated with these, quite frankly, shocking bonus pay gaps.

It is about time the music industry took note. The statistics reported prove the music industry is still run by men and rewards them considerably more. We can see the vertical hierarchies in every company, we can see the lower pay and far lower bonuses. There is a smattering of PR each time the reports are published but it is not translating into meaningful change. And yet in the music industry, now more than ever, we need resilient, calm and dedicated leadership. Women are there ready to step into those positions and lead us through this crisis.

Let us hope the next few years sees more women in leadership roles and a vast improvement of these extraordinary pay gaps.  If not, I fear it is only a matter of time before women are forced to leave the music industry in greater numbers than ever. And that is a loss to us all.