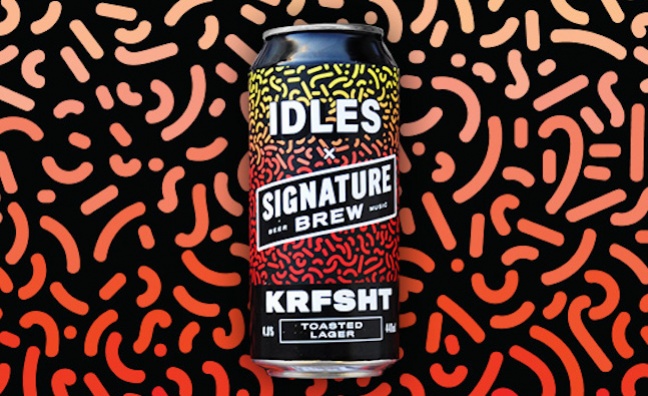 The partnership was announced ahead of the band’s headline show at Alexandra Palace on December 7.

Available to pre-order from the Signature Brew website, the toasted lager is described as “malty, mouthy and modern”. The first 200 orders also come with a foldout A3 poster zine with a limited-edition Idles & Signature Brew art print.

The beer’s name is intended to capture the sound of a can of beer opening and was chosen by frontman Joe Talbot. The artwork was also designed by Talbot. The beer’s style was decided on by the band and developed by Signature Brew’s award-winning brew team.

The beer will be available to drink and take away this weekend at Signature Brew’s East London brewery.

Signature Brew have created award-winning, music-inspired beers and collaborated with Slaves, Mastodon, Mogwai and more. Idles’ beer is the first artist collaboration beer to be brewed at their new brewery in Walthamstow.