'We don't need to win it': Shortlisted Mercury acts reflect on the impact of the prize 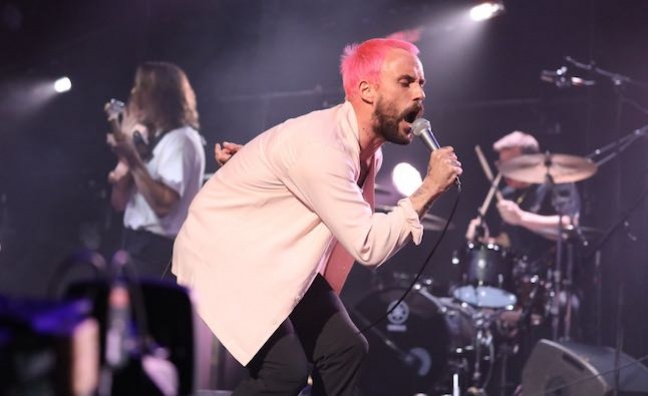 Dave has won the 2019 Hyundai Mercury Prize, and is set for a sales boost for his debut Psychodrama (Dave Neighbourhood/Universal). But other acts have already benefited from the award this year.

While the Mercury effect for shortlisted artists and the winner may not be what it once was in pure sales terms, nominated artists quizzed by Music Week still see the prize as an vital platform.

Nominated for Hunter (Domino), she has seen a 30% increase in monthly Spotify listeners since the nominations.

Like Calvi, Foals have three nominations under their belt. Everything Not Saved Will Be Lost - Part 1 (Warner Records) experienced an 8.7% increase in sales up to the awards.

"At the most basic level, [the Mercury Prize] brings attention to our album," said guitarist Jimmy Smith. "It's a stamp of approval. People don't really buy CDs any more, but when they used to do so it had the [Mercury] sticker on it. It's like a bottle of wine that's got a gold medal sticker. It might be total rubbish, but it's got a sticker on it! So the Mercury is a bit like that, although more prestigious than just a stupid gold sticker on a bottle of wine."

Cate Le Bon had a lower sales base, but has seen an obvious boost in percentage terms. Sales for the Reward album (Mexican Summer) increased by 28.7% to just under 4,000.

"I've only thought of it from a personal point of view," she told Music Week. "It's nice to have another opportunity to shine a little light on the record, and for people who maybe haven't heard it, to hear it."

Seed Ensemble have enjoyed 85% sales growth for their Driftglass album (Jazz Refreshed), albeit from a low start.

"Maybe it's helped reach an audience outside of jazz," said Cassie Kinoshi, of Seed Ensemble. "In the jazz community, we all know each other, we all cross over in different bands. This kind of platform has allowed us to reach people who follow different genres."

For Nao, the nomination of her sophomore album Saturn (RCA) is validation at a key point in her career.

"It definitely draws attention back to the project, which is always a good thing," she told Music Week. "Having media talking about the project again helps. But I think, most of all, it just tells me I'm on the right track."

Little Simz, nominted for the acclaimed Grey Area (Age 101/AWAL), agrees that it's one that artists want to be part of.

"Yeah, for sure, the Mercury is such a prestigious award," she said. "It's an award that really cares about music and artistry. To know that I'm amongst that and I'm being recognised within that is a blessing."

Idles were one of the highlights of this year's Hyundai Mercury Prize ceremony at the Eventim Apollo, and the band were much fancied to pick up the award on the night. But frontman Joe Talbot has told Music Week it's a gong that other artists need more than them.

He said: "I was talking to my wife about this, she was saying, 'Do you think you're going to win it?' And I told her it doesn't matter if we win it, because we don't need to win it. I want to win it because it's the Mercury and I've been following it for a long time. But we shouldn't win it. That's my honest opinion."

Idles' label Partisan secured nominations for the punk band and Irish indie rockers Fontaines DC. Idles' sophomore album Joy As An Act Of Resistance is well on the way to going silver (60,000 sales). A win could have pushed it closer to 100,000 like 2018 winners Wolf Alice, though Talbot is not convinced by that kind of careerist agenda.

"I think every album on the list is succinct and beautiful and amazing," said Talbot. "[But the Mercury] should be a celebration of a voice that isn't heard enough at the moment. All the albums have amazing messages, a beautiful narrative that takes you away, and you end up speaking more of the language that that artist speaks.

"It's important that we take stock and celebrate some of the voices on there that aren't portrayed enough positively within the British media and the world - and that isn't five middle-class white men. It's not time for us."