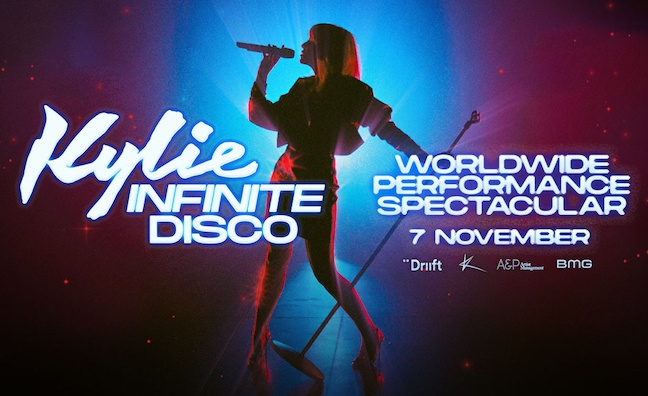 Livestream business Driift has announced its first international expansion with the launch of operations in Australia and New Zealand.

Headed by Perth-based promoter Paul “Sloanie” Sloan (Supersonic Enterprises/Billions Australia), the move will see Driift produce a range of shows for Australian and New Zealand artists in iconic venues across both countries. The first of these shows will be announced in coming weeks.

Driift has to date partnered with companies including CAA, Dice, Universe/Ticketmaster, YouTube, Pulse Films and Jackshoot, as well as numerous management companies.

In what’s been a tough year, the growth of paid-for livestreaming has provided our industry with one of its few shoots of optimism

Alongside ATC Management, Beggars Group are founding investors and shareholders in Driift.

Ric Salmon, CEO Driift, said: “In what’s been a tough year, the growth of paid-for livestreaming has provided our industry with one of its few shoots of optimism. At Driift, we believe this is a format with enormous untapped potential, and one where the pandemic has unlocked previously unforeseen demand for unique, one-off, artist-led events.

“That demand has been strongly evident across Australia and New Zealand, which made expanding our operations down under an obvious step. With Nick and Kylie, Driift has already worked with two iconic Australians, and by bringing the experience of Sloanie onto the team we look forward to working with many more over the coming weeks and months. There are some exciting announcements ahead.”

Paul Sloan said: “In this weird year I’ve been horrified by the amount of artists dropping their pants, literally and financially, by offering free, poorly produced livestreams in their underwear. What the industry needs now is another mechanism other than live performance to ensure artists and all their connected industry partners can still connect with fans and survive in a world where physical shows are just so uncertain and unreliable.”

He added: “I was so relieved to see Driift enter the market and to solve this problem with a model that honours the music and the art, and that is artist centric, with strong creative direction and high production values. I hate things that ignore the fact we are in a business about feelings, so am very proud to be involved with Driift as an enterprise that leans towards the artists, respects the music and delivers worthwhile and memorable streaming experiences.

“I think this curated approach will become one of the primary tools the artists and industry use to navigate us through these dark times – and beyond. I’m looking forward to seeing some great stuff happen with this great team.”