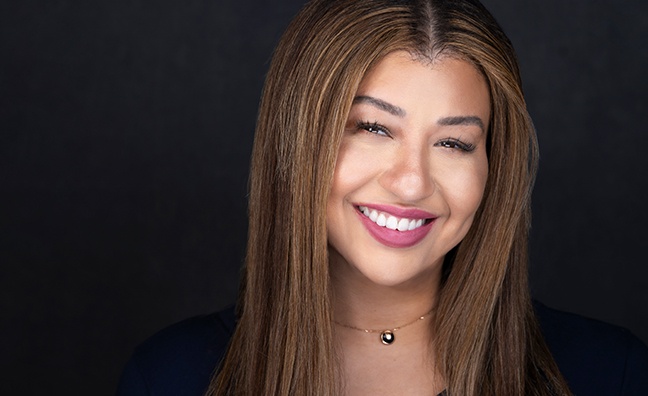 During this year’s Women In Music Awards, we inducted a further 14 game-changing industry executives (including one posthumous award) into the Roll Of Honour, in association with TikTok. They join the pantheon of previous honourees, including some of the biggest names in the business, from Emma Banks and Sarah Stennett to Kanya King, Rebecca Allen and Stacey Tang, that have been selected since the awards began in 2014.

Gonzales got her start in the industry at BMI. She then joined Warner Chappell’s A&R team in 2004, going on to work for Epic Records and Def Jam, before becoming co-head of A&R for the UK and USA at BMG. She returned to Warner Chappell in 2019 to take on the new role of head of international, EVP of US, A&R.

Since taking on the role of MD at Warner Chappell Music UK, adding to her role as head of international A&R, Gonzales has focused on growing the music publisher’s UK roster, being thoughtful about its diversity as she makes signings including BOJ, Central Cee, Daniel Blumberg, Emma-Jean Thackray, Legendury Beatz, P2J and The Snuts. She has also put great emphasis on international collaboration and has worked hard to integrate and connect the company’s global roster of top talent across borders.

Another major push for Gonzales has been connecting UK and US artists and writers, most recently hosting the Wireless Songwriting Camp at Metropolis Studios, which saw the likes of AJ Tracey, Central Cee, D-Block Europe, Wizkid and Wretch 32 come through the door, collaborating with talent such as Fivio Foreign, Murda Beatz, Pooh Beatz, Popcaan, Tay Keith and Tay Iwar.

Gonzales and her UK team continue to strive to offer their artists the best support possible. This has landed in a number of award wins over the last year, including Ivor Novello’s Songwriter of the Year and the BRITs Hip Hop/Rap/Grime Act for Dave, Mercury Prize shortlist for Celeste and NME Award wins for Liam Gallagher and Foals. They have also landed No.1s over the last 12 months with Dave, Manic Street Preachers, Central Cee, Liam Gallagher and Paolo Nutini.

Here, Shani Gonzales talks moving to the UK, mentorship and rising to the top in a male-dominated industry…

“It’s a great honour to be named alongside so many amazing women from across the industry and to join a list that over the years has featured some incredible executives, including our very own Amber Davis at Warner Chappell.”

“I didn’t really think of myself as a woman working in what was very much a male-dominated space. I was too busy working hard and trying to get ahead. With the clarity of hindsight, I look back now and think there was a socialisation aspect to the business that was probably harder for me to navigate as a woman, but you don’t always see those barriers when you’re young and ambitious.”

“One woman who was hugely inspiring to me was the broadcaster Dyana Williams. She created an environment where I felt safe to ask a ton of questions. She would also take me around with her and I’d learn a lot by watching her in action. I definitely benefited from her sometimes tough love and was lucky to have a role model like that in my life.”

“I think taking on my role as MD of Warner Chappell Music UK! Moving to another country in the middle of a pandemic wasn’t easy. And turning up every day when I’m the only Black woman doing this at my level in the UK is definitely something I’m mindful about. But I’m so pleased that the role I’m in now enables me to help open the door for other women and Black people in our industry that want to get the recognition and careers they deserve.”

What does the female leadership team at Warner Chappell say about what’s possible at major music companies in terms of the industry moving away from its male-dominated past?

“We didn’t set out to have a majority female leadership team. We always want to promote the best people possible. But when you remove bias, conscious or unconscious, and let the cream rise to the top, you’ll find that women rule! We have a special touch, different to men, and that’s a benefit in a business where there’s a strong personal, creative element to working with artists and enabling them to feel safe and confident enough to achieve greatness.”

How would you define your approach and style as the leader of a publishing business? What values do you want to instil in your team and your roster?

“I mentioned that I’m the only Black woman operating at my level in the UK and I think that shows how badly we need more diversity. Music is art and good art is reflective of the time and culture around it. So I think showing up as I am every day is a really important statement about who we are as a company. But I also know that I’m still new to living in the UK, so I make it a point to surround myself with people who are smart and who I trust as I learn more about how things work here.”

“To be good and honest with people, because in this business relationships are your currency and they can last way beyond your current role. You never know, the person who was your assistant yesterday could be your boss tomorrow.”

What’s your biggest lesson from 2022 so far?