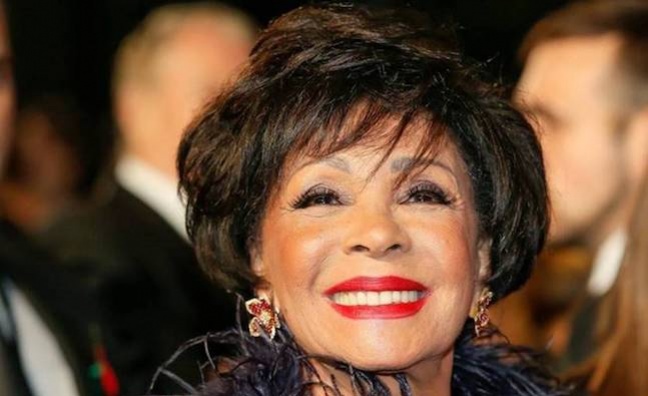 With a career spanning seven decades, the label described her as Britain’s most successful female artist of all time.

Dame Shirley will record and release her ‘grand finale’ album for the label – a record entirely dedicated to her fans and career.

The new album, the title of which is yet to be announced, will include both brand new material written especially for Dame Shirley, as well as tracks the singer has handpicked to reflect her life and career. The recording is taking place in London, Prague, Monaco and the South of France, with the team all operating under the relevant Covid-19 travel and recording restrictions.

Dame Shirley Bassey said: “My new album is a celebration of 70 years in showbiz, 70 years of support from my fans and 70 years of music! I’ve trodden the boards of many stages and kicked up many a diamante heel! The songs I have chosen all feel very personal and connected to my life. I hope they will do the same for my fans.”

Dame Shirley has released 70 albums and sold nearly 140 million records. Her recordings of the title tracks to the films Goldfinger (1964), Diamonds Are Forever (1971) and Moonraker (1979) are iconic Bond themes.

My new album is a celebration of 70 years in showbiz, 70 years of support from my fans and 70 years of music

The 83-year-old chart-topper scored her first No.1 single in the 1950s (the first Welsh singer to ever do so). She starred in a string of TV shows throughout the ’60s, followed by her own BBC1 series in the ’70s.

Dame Shirley was the very first recipient of a BRIT Award for Best British Female Solo Artist (1977), Légion d' honour (2003) Silver Clef Award (2017) and the very first musician to be awarded the Freedom of The City of Cardiff (2019), as well as a Damehood for her services to performing arts (2000).

She gave a show-stopping Glastonbury Festival legends slot performance in 2007.

Bassey’s new album, her first in over five years, will be released on Decca Records later this year.

Click here for our interview with Decca artist Gregory Porter.