Damian Christian promoted to MD and president of promotions at Atlantic 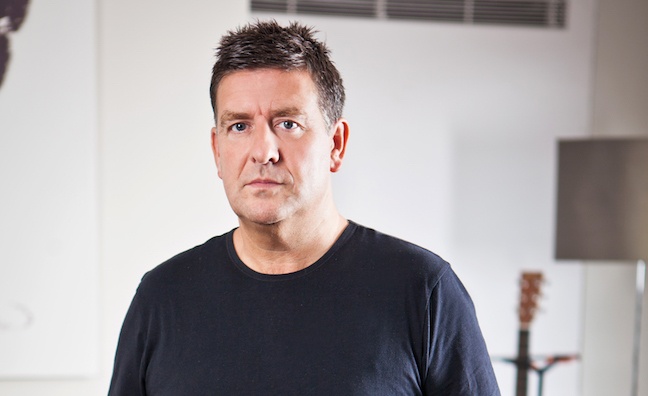 Damian Christian has been promoted to managing director and president of promotions for Atlantic Records UK.

Christian, who has been with Atlantic for over two decades, will continue to report into co-presidents Briony Turner and Ed Howard, as well as WMUK CEO Tony Harlow. He was previously Atlantic UK director of promotions.

The former Music Week cover star’s new title recognises his significant contribution to the broader Atlantic business in terms of artist and staff development, as well as his role in guiding the overall approach of the label.

Christian will continue to oversee the strategic direction of promotions and implement campaigns for Atlantic’s roster, alongside his role as SVP of promotional strategy for Warner Music UK. He is in charge of promotions for select artists on the wider Warner Music UK and ADA roster, including Biffy Clyro, KSI and Megan Thee Stallion.

Ed Howard said: “Damian’s passion and drive have kept him at the very top of the game for more than 30 years. He’s infamous for his candour, expertise, and love for his job, earning the respect, admiration, and affection of artists and colleagues alike. On a personal level, we want to thank Damian for his support for Briony and me, which has been invaluable since well before we took over. This promotion is richly deserved, and Briony and I are looking forward to continued success together with him.”

Briony Turner added: “Damian’s been instrumental in the remarkable growth and award-winning success of Atlantic UK, and his new role will see him continue to do what he does best – promote our artists and our music – while also acknowledging the broader leadership and deep experience that he brings to the team by way of invaluable guidance, mentorship, artist development and his priceless sense of humour.”

Atlantic has been my home for more than two decades, and I couldn’t be prouder to take on this larger role

Damian Christian said: “Atlantic has been my home for more than two decades, and I couldn’t be prouder to take on this larger role, and I’d like to thank Ed and Briony for the opportunity. I’d also like to thank my Atlantic promotion work-family – Carrie, Deidre, Holly, Will, Katia, Mel and Alex – they’re the best in the business and make me look good!”

Under Christian’s leadership, the Atlantic Promotions team has consistently broken records. In 2019, they won their 15th Promotions Team trophy at the Music Week Awards. Following three consecutive years at the top of the radio and TV market share table across all acts, Atlantic is No.1 in 2020 for domestic artists at Radio 1 and TV.

Christian started his career as a junior plugger at RCA Records in 1987, working with acts such as Rick Astley, Blackbox, Take That, and Eurythmics. In 1992, he joined MCA as director of promotions, looking after the Geffen and Interscope labels, whose rosters included Nirvana, Guns N’ Roses, Snoop Dogg, The Stone Roses, Black Grape, Aerosmith, Beck, Eels, Hole, Mary J Blige, No Doubt, and Marilyn Manson.