Jason Iley: Robbie Williams deal was 10 years in the making 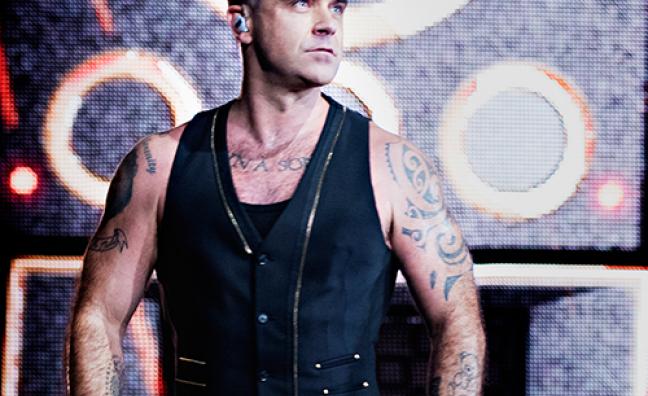 Robbie Williams’ new record deal with Sony Music – revealed by Music Week on Sunday night – has been the week’s big talking point. Williams is already working on a new album for Columbia Records, due out in Q4 this year. So Music Week sat down with Sony Music UK chairman/CEO Jason Iley, who negotiated the deal, to talk through how it happened – and what it will mean for both parties…

Had you always wanted to work with Robbie?

When I came back from Roc Nation [in 2014], one of the first people I had lunch with was Tim [Clark] and David [Enthoven, Robbie’s management team at IE: Music]. At that point, I said look, we’ll keep in touch and we’ll have a conversation. So we’d meet every six months and, fortunately enough, it came to the point where they said, Look, get Robbie in to meet the team, which we did. So when I say it was a 10-year courtship, it really was a 10-year courtship!

And why did Robbie choose Columbia for his UK label?

Tim and David have a history of working with [Columbia’s co-president] Mark Terry, and Robbie looked at the roster and [decided] it was a label he wanted to be associated with.

It’s a big statement of intent signing an artist like Robbie Williams. What makes it such a great deal for Sony?

What should people expect from the new album?

He’s signed for the world, so will we see him give the US another go?

It’s a worldwide deal, we’re a worldwide company, and now that we’ve signed him, we can have those conversations.

As Music Week’s analysis of his sales figures showed, he’s an incredibly consistent maker of huge-selling albums. Can he keep that record up?

He’s an incredible talent who’s very, very successful, and we shall continue that success – and if we can do a little bit better than before, we’ll be delighted…