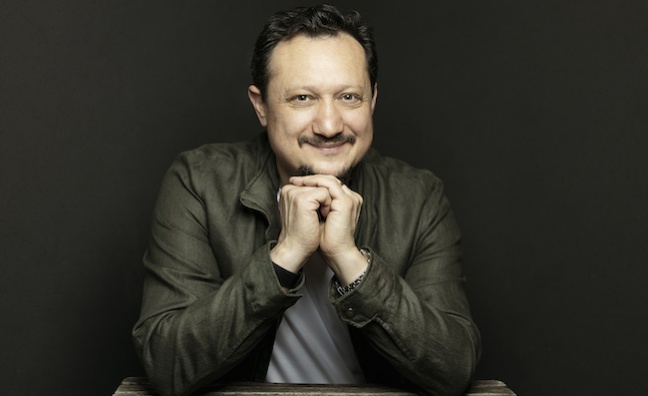 Paul Pacifico will leave the UK’s Association of Independent Music (AIM) at the end of 2022, Music Week can reveal.

The organisation said that his decision marks the end of his second three-year term as CEO and the delivery of several long-term strategic goals.

According to the announcement, Pacifico will exit having transformed AIM by “reinvigorating and refocusing its role as the home and voice of a much wider spectrum of UK music business builders, reaching a new generation of creative entrepreneurs”. He has represented the interests of AIM’s members and called for collaboration across the music business during periods of uncertainty caused by Covid-19 and Brexit, as well as speaking on behalf of the sector during Parliament’s inquiry into the economics of music streaming.

While Pacifico campaigned for a fairer music industry, he sometimes clashed with other organisations about how to achieve that objective. During the streaming inquiry, AIM came out against suggested reforms such as equitable remuneration and user-centric payments from streaming.

While paying tribute to Pacifico, MP Kevin Brennan noted that they “haven’t always seen eye to eye” - a reference to the outgoing AIM CEO’s opposition to the Labour politician’s Private Member’s Bill designed to reform streaming and artist rights.

Under Pacifico’s leadership, AIM has cultivated a focus on community-building and supporting creative entrepreneurs and artists from diverse backgrounds. This includes the creation of a free Associate Membership tier and the launch of AIM’s free Future Independents online conference last year, both of which open up access to learning resources and networking opportunities.

AIM has furthered this mission by co-creating a new MA Music Business distance learning programme with Middlesex University, which launched in July. It has also partnered with skills accreditation organisation CLOCK to recognise on-the-job learning via formal credits towards qualifications such as the new Middlesex University MA.

I’m proud to leave AIM in a position of huge strength for the future of the community, the members and the team

In his first three years as CEO, Pacifico led the move of the AIM Independent Music Awards to the Roundhouse for its first ever public live show in 2019. He has since broadened AIM’s programme of events with the introduction of AIM Sync and Future Independents, and has expanded the organisation’s network with the development of its Friends of AIM and Platinum Partnership initiatives.

“The subsequent growth in AIM’s profile has driven value for its members and helped leave it in its strongest financial position to date,” said the statement.

Under his leadership, AIM led the development of free-to-access diversity and inclusion training programme EDI Level-Up. He has also consistently highlighted the need for greater access to capital for music’s business builders, particularly to enable further investment in artists and entrepreneurs from diverse backgrounds.

Other key achievements include initiating the Music Climate Pact, an initiative uniting all three major label groups, numerous independent labels, and other industry bodies in a commitment to decarbonise the global recorded music industry.

Pacifico joined AIM in 2016 following spells as CEO of the UK’s Featured Artist Coalition and founding president of the International Artist Organisation. During these roles, he has continued to work as an Associate Professor at Berklee Valencia, creative director, session musician and featured artist.

With his term ending officially on October 31, Pacifico will continue as CEO until the end of the year, working with the board to ensure a smooth handover.

Recruitment is currently underway for his successor, who will be responsible for working with the chair and board to guide AIM’s strategic vision throughout its next chapter. The job advert is here.

Paul Pacifico, CEO at AIM, said: “I came to AIM six years ago faced with the challenge to refresh it as one of the most energised and relevant voices in music to represent both the established but also the up-and-coming creative entrepreneurs in our sector. I feel I have done much of the work I came to AIM to do and I’m proud to leave AIM in a position of huge strength for the future of the community, the members and the team. I am hugely grateful for the support from the community, my board and my incredible team over the last six years, which has enabled me to deliver on so much of the promise AIM represents and to shine a light on the vibrant and innovative UK independent music community. I look forward to the road ahead and the opportunities that no doubt await.”

Nadia Khan, chair of the AIM board, said: “It’s been a very rewarding experience to work closely with Paul and see first-hand his commitment to values-driven leadership, investment in promoting open communication and building a culture of equitable and transparent leadership. AIM’s board, team and membership are the most diverse they have ever been, we have levelled out access to resources and opportunities for creative entrepreneurs, and Paul’s impact and legacy are towering embodiments of this.  I am truly sad to see him leave, and I wish him the best in his future endeavours.”

AIM’s board, team and membership are the most diverse they have ever been

Martin Mills, founder & chairman at Beggars Group, said: “It’s no overstatement to say that AIM has transformed the record industry, and not just in the UK. That it has done so is down not just to the strength and vision of the community, but to our leader for the last six years, Paul. As he now moves on, we can reflect on how fortunate we have been to have had the benefit of his talents, and what exciting potential the future holds for us.”

Andy Musgrave, founder & CEO at Supernature, said: “As a manager of independent artists, and an independent music business owner myself, I’ve seen first-hand the tremendous impact Paul has created in his time at AIM. The independent space is stronger than ever, and that’s testament to Paul’s tireless work, not only fighting for the rights and fair treatment of creators within the industry, but providing open access to valuable support and educational resources for those climbing the ladder. Paul’s innovative mindset and fierce determination has been inspiring for myself as a leader, and I look forward to seeing what he does next.”

Kevin Brennan, Labour MP for Cardiff West and chair of APPG On Music, said: “As CEO of AIM Paul had been an energetic advocate for independent music. He has assiduously made the case for the indies to parliamentarians and policymakers. Though we haven’t always seen eye to eye on the detail of reforms that the sector has to make in order to support the talent pipeline, Paul has always made his case thoughtfully and courteously.”

Subscribers can click here for our 2021 Music Week Interview with Paul Pacifico.