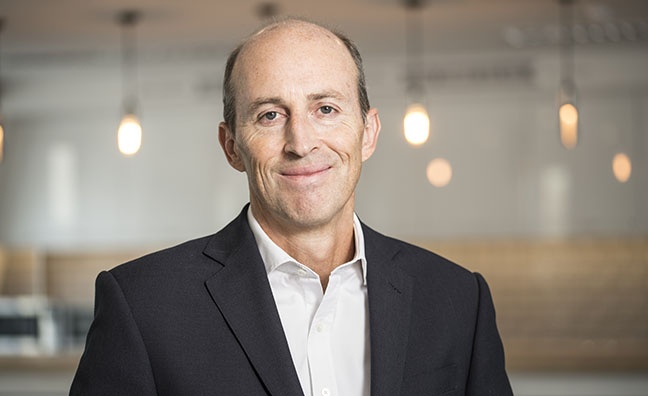 There are some huge music business anniversaries this year, but few more significant than PPL’s 85th birthday.

The collection society, which licenses sound recordings for broadcast and public performance on behalf of labels and performers, came into being in 1934, one year after Decca and EMI won a court case against the Stephen Carwardine & Co café in Bristol. The case established that the 1911 Copyright Act did apply to sound recordings and PPL was formed to collect the royalties due.

Eight and a half decades and a staggering £3.2 billion in revenues later, PPL has long since established itself as a vital part of the UK and international music business landscape. And so, with the birthday celebrations including boss Peter Leathem – who became CEO in 2012 and has overseen rapidly accelerating growth since then – appearing on the front cover of this week’s Music Week, we sat down with him to look back at five game-changing moments in PPL’s storied history. If these hadn’t happened, the music biz would be a very different place…

Leathem on… That 1933 court case
“There’s never any certainty in litigation. You’re trying to balance the probability of winning, and then you look at the upside. And, actually that’s one of the big things here; companies that were relatively young in their lifespan were making a longer-term investment decision. They realised that, if they were successful, they’d be opening up an avenue for a lot of rights that we’d license over the years to come. When you view it in that way, the idea of taking that litigation on seems more sensible. And here we are 85 years later!"

Leathem on… The 1956 Copyright Act
“Having got the right established in 1933, when the next Copyright Act came round in 1956, there was a lot of lobbying both for and against these rights being put into legislation. Any time you re-do a law, you get a chance to re-lobby these points. At one of our previous AGMs, a chap called Professor Adrian Sterling, who was involved in the work at the time, said it was actually touch and go as to whether those rights would stay in existence. Had they not stayed in existence in 1956, it’s highly likely that you would not have had all those rights transferred into all those various international treaties that followed on from there and hence the rights being established around the world. The world market at the moment is worth $2.7 billion and it would have fallen down completely back in 1956, had it not stayed in the UK and carried on from there.”

Leathem on… The birth of pop radio
“Radio has been a really important use of music, it’s worked very closely with the music industry and it’s allowed people to listen to many more sound recordings than they would have done otherwise. Those were big moments in developing that industry and here we are now with over 300 commercial stations. The BBC has got about 60 local and national stations, there’s a whole range of community radio, internet radio that developed from there. That was a big important development. The first BBC-PPL deal was worth around £10,000 a year, but we’ve managed to get that slightly increased! If you look at the BBC, they’ve been very successful and they’ve innovated with the iPlayer and overseas programme sales, and they’ve made music an important part of those. Top Gear, one of the biggest-sellers overseas, has always had music in it. And the BBC has always been very keen to make sure performers and record companies get paid. They’re a good partner to work with.”

Peter Leathem on… The 2006 merger with performers’ societies PAMRA and AURA
“After performers got the legal right to payment in 1996, we spent 10 years with PAMRA and AURA and having three different places dealing with performers caused duplication and confusion and didn’t help the scenario moving forward. So it was a really important development for the benefit of performers that it all came into one administration. In its 10 years of existence, PAMRA collected around £10m from overseas, so about £1m per year whereas now, here we are 13 years later, collecting over £60m a year for performers. That’s not trying to [criticise], it’s just the reality of putting the economies of scale together, putting everything in one place, stopping the overseas companies having the same level of confusion and not knowing who to deal with.”

Peter Leathem on… The PPL PRS joint venture
“We had increasing pressure [from government] put on the fact there were two of us going to the same premises for the same use of music, but different rights. That didn’t seem that sensible in this day and age. Bringing anything together after 84 years of doing it separately is not straightforward. These things are never easy but, fortunately, we were able to work through, get a business case together, get a plan together and get it agreed, signed off and delivered. That was a big step and it will serve us all well going forward.”