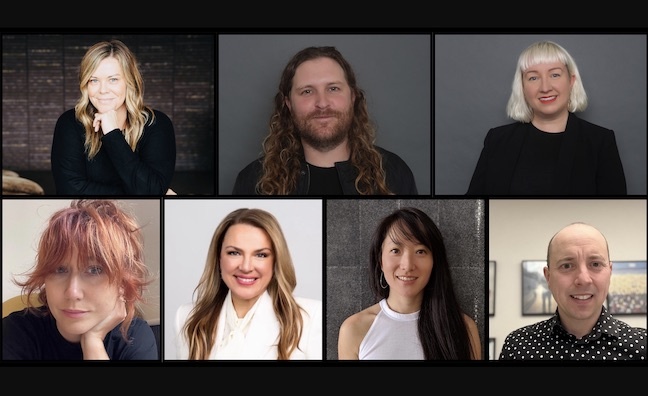 The appointments are part of a succession plan developed by George Ash, president, Australia & New Zealand and John O’Donnell, EMI Australia MD. O’Donnell has announced his long-planned retirement will be effective September 30, 2022.

It was reported in Australia that the restructuring was prompted by the departure of Darren Aboud, joint MD since 2019, who left the company this week. A memo was sent to staff confirming his exit.

George Ash said: “We’re at a pivotal moment culturally, commercially and creatively in the Australian music industry. The team being promoted to help bring UMA into its next chapter are amongst the most talented executives with whom I’ve ever worked.”

“On behalf of UMA, I want to express my profound gratitude to John for his outstanding leadership, and for helping to recruit and develop this next generation of leaders who are ready, eager and committed to deliver incredible things for our roster, for the broader Australian music ecosystem and music fans worldwide.”

Additionally, the team will be joined by Yvette Cachia, who has been appointed SVP, people, inclusion & culture, UMA, effective August 22, 2022. She will report to Ash and Eric Hutcherson, UMG’s global chief people and inclusion officer.

It follows an investigation following allegations of inappropriate behaviour at the Sydney office last year. The company did not previously have a local head of HR, according to the Sydney Morning Herald.

John O’Donnell will be succeeded as MD by Mark Holland, who has been promoted from his current position of general manager of A&R at EMI. Having joined the EMI label in 2006 as an A&R Scout, Holland has worked with some of the label’s most successful artists, including Troye Sivan, Meg Mac, The Avalanches, Gretta Ray and Cat & Calmell, amongst others.

Holland is joined on EMI’s senior leadership team by Alicia Reynolds, who has been appointed as general manager, EMI Australia. Reynolds, who joined the label in 2014, currently serves as EMI’s GM, marketing and media.

We’re at a pivotal moment culturally, commercially and creatively in the Australian music industry

Commenting on the changes at EMI Australia, departing MD John O’Donnell said: “Having led this great label for the past two decades, I could not be prouder of all that we accomplished. Now, after two years working diligently towards a succession plan to lead the label into a new era, I am excited to hand the reins of EMI Australia over to Mark Holland and Alicia Reynolds. Mark is a dynamic, next-generation executive with huge success in A&R, who will lead the label into a fantastic new era, while Alicia is an industry-respected executive that always motivates our artists and team with her passion, belief and tenacity to succeed across every project. I couldn’t be happier for them both and for our artists.”

Alongside domestic talent, UMA has helped to break international artists in the territory. ARIA/IFPI announced that in 2021, UMA artist Olivia Rodrigo claimed the best-selling album of the year Sour.  The top-selling song of the year was Heat Waves from British group Glass Animals.

Mark Holland said: “I’m so excited and humbled to be given the opportunity to lead EMI Music Australia. I’ve been working here for the last 16 years and I’m more motivated than ever to deliver for our artists and maintain the legacy of developing one of the strongest domestic rosters in the country. I am very thankful to George Ash and John O’Donnell for their vision, commitment and for mentoring me into this next phase of my career.

“I feel very grateful to be supported by such a strong, hard-working team of friends and colleagues at EMI Music and across the wider industry. I’m also truly thrilled to have Alicia working alongside me as we develop this next phase of the label. Alicia is a hugely experienced music executive and highly valued member of the EMI team.”

Alicia Reynolds added: “I am equally thrilled for the opportunity to work closely with Mark and our passionate team to take EMI Music Australia into the next amazing phase. I am deeply grateful to George and Mark for this opportunity and further, to pay tribute to John for his leadership and mentoring. His extraordinary rapport, dedication and love for artists has guided the label and fostered an incredible legacy. I am so excited and pleased for Mark to lead Team EMI and look forward to continuing to deliver for our amazing artist roster”

Having led this great label for the past two decades, I could not be prouder of all that we accomplished

“The label’s history in Australia is in many ways unparalleled, having consistently proven its creative excellence, showcasing innovation, and offering a nurturing home for artists and artistry,” he said. “John O’Donnell has been among the great Australian music leaders. He has always led with an artist and music-first approach and has achieved incredible success over the years. I cannot thank John enough for his friendship and truly generous partnership at EMI. The label has been breaking and supporting unique and globally successful Australian artists throughout its long history, but especially during John’s tenure.

“During his tenure, John has helped nurture some of our best creative executives and his support and love for the appointment of Mark Holland to MD and Alicia Reynolds to GM of the label, is just another example of this. I am very excited and proud to see Mark and Alicia step into these key EMI label roles. Mark has proven to be a powerhouse at EMI, signing, breaking, and globalising Australian artists. His success speaks for itself, but it is his unique creative vision and passion that sets him apart. Alicia has been at the forefront of EMI’s global successes, guiding careers for many of the label’s artists and working closely with her team driving artist strategies with media and marketing partners. Alicia is a brilliant Australian artist executive, and her dedicated focus has resulted in proven success, driven by her genuine passion for music.”