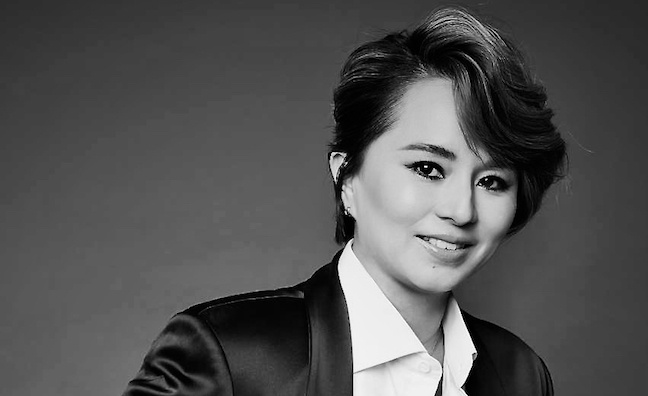 Universal Music Malaysia (UMM) has promoted Kim Lim to the position of MD.

The appointment comes as part of a series of strategic hires to further expand and bolster the senior management team as part of the company’s effort to accelerate domestic artist development and label growth within the region.

Having joined UMM in 2014 from Malaysian advertising agency RedRedRed, Lim has held a variety of senior roles within the company, most recently serving as senior director of new business and artist management & head of marketing and sales for Malaysia. In this role, Lim led UMM across partnerships, talent management, live events and other new business initiatives.

In 2019, she spearheaded the launch of Celebrity 360, a full-service management company. Celebrity 360 is the first agency of its kind in the region and handles all elements for its clients, including brand partnerships, live events and TV & film production.

In addition, Universal Music Malaysia has announced a series of key leadership appointments, effective immediately, including:

Koh joins UMM after 14 years at Warner Music Group where he was most recently, director, digital account & business development.

Wong started her career in auditing and gained significant experience in both regional and in-country business and finance before joining UMG.

Calvin Wong said: “I am thrilled that Kim’s ability, business innovation and strategic leadership have enabled her to rise from within UMM to the top job in Malaysia. Having been a passionate and successful marketing executive on the label side, she has achieved amazing results in transforming our non-recorded Income, whilst spearheading the innovative and successful launch of Celebrity 360 in Malaysia. I’m confident that with the team of Kim, Hermond, Ivan and Patrina in place, UMM will continue to expand the opportunities for Malaysian music talent around the world, whilst achieving new levels of success domestically.”

Kim Lim said: “I am excited to lead the amazing team here in Malaysia, joined by these outstanding new senior managers, Hermond, Ivan and Patrina, as we look at new ways to expand the horizons and think expansively about what is possible for a music company to achieve. We will continue to focus on domestic A&R, discovering and developing the best talent our country and region have to offer. Building upon the incredible success of Def Jam Malaysia, Celebrity 360 and our other commercial initiatives, we will innovate and carve new paths to ensure that Malaysia’s vibrant music culture is more accessible to partners, platforms and most importantly music fans throughout the region than ever before.”

In addition, UMM launched a new label RedRecords in partnership with AirAsia, dedicated to developing and introducing the best in Asian-pop music to audiences around the world.

This year, Universal Music Malaysia will deepen its focus on local talent with the launch of several new labels.