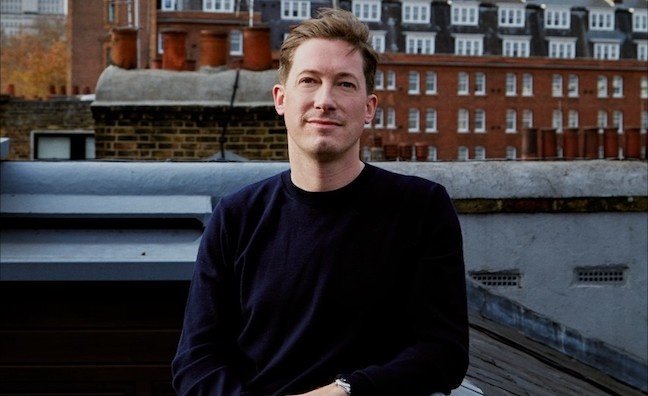 Leading agent Matt Bates has shared his hopes for a new wave of guitar bands and offered an update on his all-star roster in an interview with Music Week.

“My genre used to be described back in the day as ‘NME’, but the lines have blurred between genres and youth culture doesn't exist in the same way,” said Matt Bates, who was interviewed for the Big Story in the latest issue of Music Week. “A kid could be into hip-hop as much as they are into an indie band these days, which I think is wonderful. You look at the Reading Festival bill and you see just how diverse youth culture is now.”

Maroon 5 frontman Adam Levine caused controversy earlier this year by claiming “there aren’t any bands anymore”. But Architects, Mogwai and The Snuts have achieved No.1 UK albums in 2021 and Bates is confident the future is bright for rock music.

“Guitar bands are not over and they will always come back bigger and stronger,” he said. “I'm hoping this moment in time gives them something to really think about and be politically charged with their songwriting and produce the next generation of exciting guitar bands.

“One thing I really hope will happen, and I believe can happen, is that we get a band, or a couple of bands, from Britain that really mean something and say something important - and I want to be the one that finds that band.”

London-based Bates is a director of the UK’s Primary Talent International, which aligned with US-based ICM 48 hours before the March 2020 touring shutdown. He was promoted to his current role in February this year.

“Not a lot has necessarily changed in my day-to-day activity, apart from having a lot more interaction with the members of staff on the ICM side,” said Bates. “It has been lovely to get to know them better and to deal with some of the personalities from assistants, to coordinators, to the top executives. It's been just over a year since the partnership came into play and [Bates’ new position] is just another step forward in bringing the two companies closer together.”

The 1975 cancelled all of their 2021 tour dates - including a Finsbury Park headline show – in January due to the pandemic. Here, Bates talks through that decision and also brings us up to speed on the live status of some of his other star clients...

“The 1975 were one of the first artists to decide to not tour this year. Of course, it was an extremely difficult decision - especially for a band that genuinely adores and cares for the fanbase. But the decision was made so they could be creative and go and make a new album, so that when shows do return, they could come back at full-throttle. They're using the time wisely and I think a lot of artists will be doing that as well. One thing I'm really hoping for from this time of no shows – where there are lots of artists sat at home, writing songs and being creative – is that we'll really get some fantastic music across the board from it. In times of political unrest, depression or social unrest – whatever it may be – there often follows some of the most powerful, political, meaningful music. So I do think that because of having this moment for artists to take a deep breath, not worry about the business and just be what they signed up for in the first place – to create music – we're going to see some fantastic products coming out over the next few years.”

“We've put the tour on sale and it is one of those examples of a tour that is selling phenomenally well. The new album is out in June and it is absolutely mind-blowing. I think the first single, The Last Man On Earth, is one of the greatest things they've ever done and they are poised to be one of the biggest bands in the world. They've got everything: Ellie is one of the greatest front people I've ever worked with; she's a superstar and she's started to realise that she's a superstar, and the boys in the band are some of the most talented people I have ever worked with. I really think that this band, on this record, will step up to be global superstars.”

“Bea is one of the artists that unfortunately released an album during the pandemic. She's had huge success, a huge uplift in her listeners and everything else – great promo and great press – but we haven't been able to do a show. It's artists like Beabadoobee and Sports Team, who I look after as well, who had a massive album in the last 12 months, who I feel most sorry for in the situation. [They] haven't been able to capitalise on their initial success and are still waiting to see the fruits of their labour, which is playing live shows. Playing a live show is the crowning moment of any artist's career. Chart position and sales all help, but that's when you really get to see what you've achieved in front of you in real time. But I also believe that, when we’re finally able to put Beabadoobee on stage, it's going to be such a wonderful moment, because there’s going to be such a built up demand, tension and excitement.”

“Pale Waves' second album came out, again, during a lockdown. It sold fantastically well, but we decided not to tour in '21 and I put the tour on sale for '22, when we felt it would be a lot more safe to happen. They've got festivals this year, but we’re looking at making sure '22 is very, very busy for them, touring everywhere they can go and really getting out there, promoting this album and building up for album three.”

“It's such a pleasure to work with Tom because he is so hard working and such a nice guy. He’s always got a smile on his face and anybody who meets him is completely enamoured with him. I couldn't have been happier for an artist to have a No.1 album. Again, his tickets have gone on sale and they've gone through the roof. We're going to have his first sold out arena show at Ally Pally in London and the future couldn't be brighter for such a tenacious and hard working young man.”