Madison Beer on fans, pop music and the future 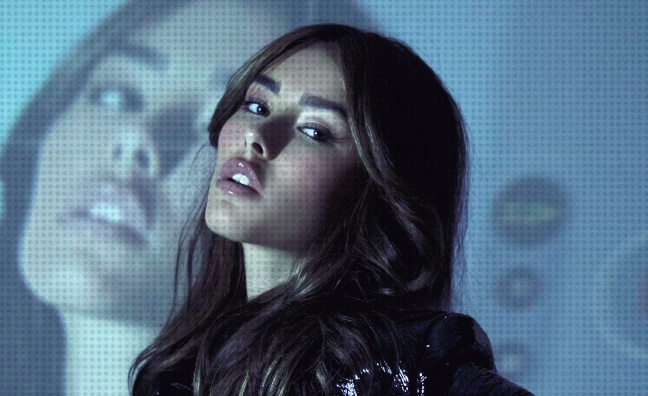 Madison Beer has told Music Week that she wanted to reward her fans with "a big album" as her debut record Life Support is finally released. After several delays, the album is out this week, but the star is ready to move on quickly.

In our new issue, Beer – who first appeared in our On The Radar column in 2018 and starred in our 2019 New Music Special – talks all about Life Support in our Incoming interview, which subscribers can find online here.

The singer co-produced many of the songs on Life Support and is working on new music in the studio in LA at the moment. Beer works closely with Leroy Clampitt and One Love (aka Tim Sommers) and said their collaborations are helping to shape her musical direction.

“They’ve always been really open to collabing and having me on board and they value my ideas,” Beer said. “I appreciate people who aren’t so set on their own ideas, I really love working with them because they’re always down to hear what I have to say and they think my input is great and that means a lot to me. It’s really affirming.”

Beer said that fans can expect her pop sound to head in new directions in the future, too. “I think pop means so many things that it’s universal,” she said. “I try to look at my music just as my music and not put mysel in a box.”

Beer is now signed to Epic Records, and is happy with the major having “been through the ringer” in the music industry. “I’ve had to pull myself out of the trenches and it’s been hard,” she explained. “I’m not trying to make it seem like it’s been an easy journey because it really hasn’t, it’s been very trying.”

She also revealed that she pushed for Life Support’s 17-track length to reward her fans.

“It’s really weird to think that there are 17 songs, that’s a big, big album, especially for a debut,” said the singer. “I just didn’t want to cut anything. My label was like, ‘We don’t think it’s very smart of you to release a 17-song album but if that’s what you really need to do…’ And it is. People have been waiting for this for what feels like forever, so it’s what they deserve, something they can listen to over and over. I wanted to give them a big album.”

Life Support, released via RCA in the UK, is chasing a Top 20 finish in the albums chart this week.

Beer, who said that she’d be celebrating release week at home, offered a message to her fans. She has 14,738,149 monthly listeners on Spotify, 3.1m followers on Twitter and 22.8m on Instagram.

“They’re so loyal and loving to me and I don’t know why they love me so much, they’re just amazing,” she told Music Week. “I’m very, very grateful and they’ve stuck with me through a lot. I’ve felt things like, ‘How could they still be fans of mine when I’ve made them wait for my music for so long or been MIA on social media for months at a time?’ I never really expected them to stick around, I guess. And it just means a lot that they have and they continue to.”