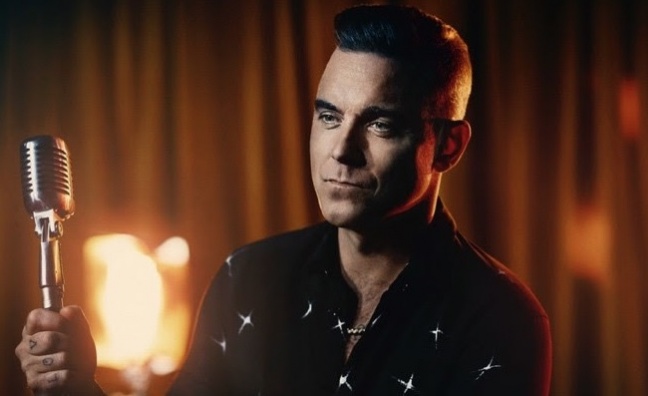 Robbie Williams will stage a new Las Vegas residency in 2020.

The singer, who has already played 16 sold out shows in the Nevada city as part of three runs there this year, will play a further eight dates at Wynn Las Vegas’ Encore Theater in March and April next year.

“I’m so excited to be returning to Las Vegas for new residency dates next year," declared Williams. "To have my own run of Vegas shows was a real dream come true and I can’t wait to come back.”

Tickets for the former Take That singer's shows on Vegas' strip go on sale on November 21.

“Robbie Williams is coming back to where he belongs: Las Vegas,” suggested Bobby Reynolds who is senior vice president of AEG Presents Las Vegas.

“Robbie’s personality and style are as unique as this town and we couldn’t be happier to have him back at Wynn. Robbie packed the house every night with audience members from near and far. Whether they had seen him one time or one hundred times, the crowd all had one thing in common: They loved the show!”

Williams releases his 12th studio album, The Christmas Present, on November 22. Earlier this year, the singer announced he would be a co-owner of Liverpool Media Academy's new College & University Centre.