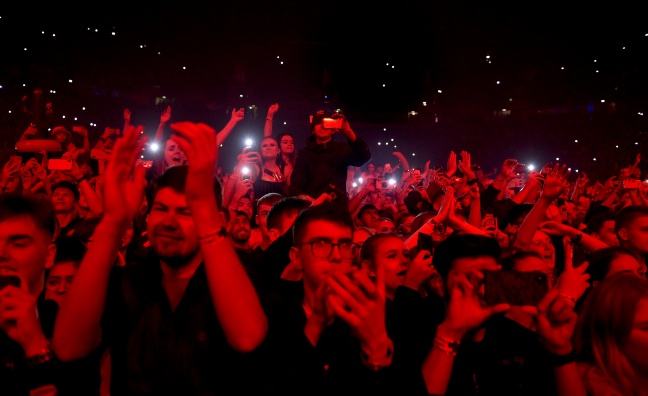 Communion Music has opened up on its national ambitions after hiring promoter Carlo Scarampi from Kilimanjaro Live earlier this year.

The company's live music arm, Communion Presents, has worked with the likes of Sam Fender, James Bay, Ben Howard, Bastille and Lewis Capaldi, and co-promoted George Ezra's two sold-out nights at The O2 in London with Metropolis Music in March.

“With Carlo Scarampi we have added another senior promoter to the team, which is not something we’ve done before," said head of live Maz Tappuni, speaking in the latest issue of Music Week. "I’ve been at this company for 10 years and everything has been organic, but he was the right person for the role."

London is the anchor for what we do, but we now have the ability to expand and promote out of other cities where we feel we can make a difference

Communion MD Jamie Emsell added: “For the most part, we’ve only promoted shows in London and Carlo has brought that experience of promoting in multiple territories around the UK. London is the anchor for what we do, but we now have the ability to expand and promote out of other cities where we feel we can make a difference.”

Founded by Mumford & Sons' Ben Lovett, Kevin Jones of Bear's Den and producer Ian Grimble, Communion Music grew out of a club night at Notting Hill Arts Club in 2006. It now comprises an independent record label and publishing strand, alongside the promoting arm.

This year's Citadel headliners Catfish And The Bottlemen are published by Communion, while the firm also books Lovett’s acclaimed 300-capacity Omeara venue in London Bridge.

“Acts like Dermot Kennedy, Sam Fender, Catfish And The Bottlemen, Wolf Alice, George Ezra and James Bay have all played our club nights,” said Tappuni, who also hosts a Radio X show. “We offer points of difference that I don’t think other promoters, specifically in London, can do.

“The roster is maturing and we’re excited to be leading the charge. And there is a lot of new talent – like Maisie Peters and Eloise – who I think will be the breakthrough artists of 2020/21."

Subscribers can click here to read the full feature on Communion from this week's magazine.