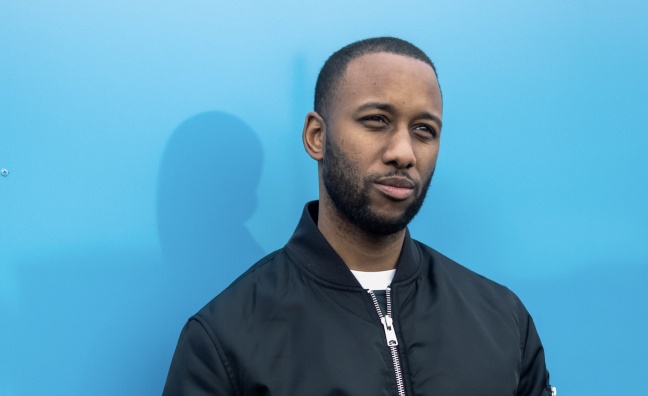 Zeon Richards has told Music Week of his plans to shift the culture of hip-hop in the UK.

Now that the former Polydor and Ministry Of Sound executive has swapped the world of major label A&R for live experiences at Pollen, he has opened up to us about his vision for the future of rap.

Richards became head of hip-hop partnerships, Europe at experience marketplace Pollen – which  organises trips to cities, ski and beach resorts and festivals – earlier this year, and is already working on international events with artists including Skepta, Potter Payper and Big Narstie. He continues to run Renowned Management, where his client include Wretch 32, Hamzaa and more, alongside his new role.

Speaking in the May edition of Music Week, out now, he revealed his plans to create “mini festivals” to further boost the new generation of UK rappers.

“Fifteen years ago, there weren’t many rappers booked on festival line-ups, I remember being young and being shocked when Dizzee Rascal was, and then Kano,” he said.

“We don’t really have a [purely] hip-hop festival in this country. This is the first step to having hip-hop festivals. That’s quite exciting for people, going to an event and really connecting with every sense of the music and other travellers, there’s a bond. You’ve seen it in America, where Travis Scott, Tyler, The Creator and J Cole have their festivals. I’m by no means saying we’re operating at that level yet, but we’re creating the platform for artists to aim towards that.”

Richards said that he plans to work closely with labels, managers, artists and live agents in his new role, turning his expertise in deal-making and his A&R skills into success for Pollen.

“The first thing I said was that we should do presentations to record companies,” he explained. “The world is changing, even if you look at recent developments with NFTs and digital arts. Pollen allows another tangible way of an artist creating a unique moment for someone that follows their journey.” 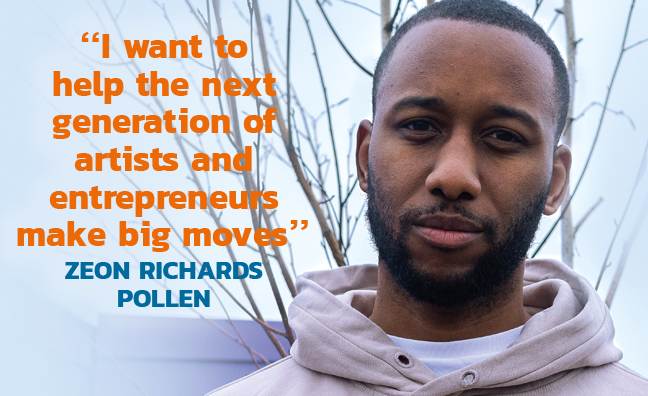 He expanded on his ideas further, saying: “So what some people might do, I imagine, is be like, ‘If you pre-order my record, you get early access into this particular [ticket] draw. Almost like how trainer brands do secret launches. I’ve had those conversations with a couple of people already.”

Richards believes Pollen can be a natural fit with the UK label world too.

“I want to have artist events, I want to work with brands and I want to work with labels,” he said. “I want labels to be able to not just be these figuratively cold brands. I want to be like, ‘You guys have a roster, why don’t we try and do an event?’ That would help staff and, for fans, maybe it could help rebuild that thing back in the day where people would say, ‘Anything Def Jam, Arista or whoever put out, I’m gonna buy.’ We can help to reinforce the identity of a record company and build experiences for them too.”

Richards said that, ultimately, he wants to “conjoin worlds”.

“Maybe two artists don’t do the same genre of music but they get along, maybe they love a particular sport or art form, we can build an itinerary that involves that, from football, to martial arts, to tennis,” he said. “I just want to help people have freedom.”

The executive believes that his experience in negotiation will further boost his chances at Pollen, as he attempts to interlink various parts of a fast moving music industry.

“You get these deals now where people strong-arm the label or the brand to get everything they want, which is fantastic for them, but that’s never forgotten,” he said. “A deal should always be mutually beneficial. Yes, someone else might get a lot more money short-term, but someone might not want to work with them in two, three years.”

Richards is a member of the Black Music Coalition, and he spoke to Music Week about the industry’s fight against institutional racism.

“The last year has been incredible for opportunities and promotions, but when you look at the higher structures of music, you don’t see many boards that have a black man or woman on,” he said. “A lot of the issues lie in education, for someone to get their own label or be high up, they have to be an outlier in the sense of having massive successes at A&R, but they haven’t been given the education to run a company.”

Finally, Richards called on the industry to “to put things in place to help people and be better at identifying talented and successful black people from all backgrounds.”

Subscribers can read our interview with Zeon Richards, plus contributions from Wretch 32, Alec Boateng, Akua Agyemfra and more, here.