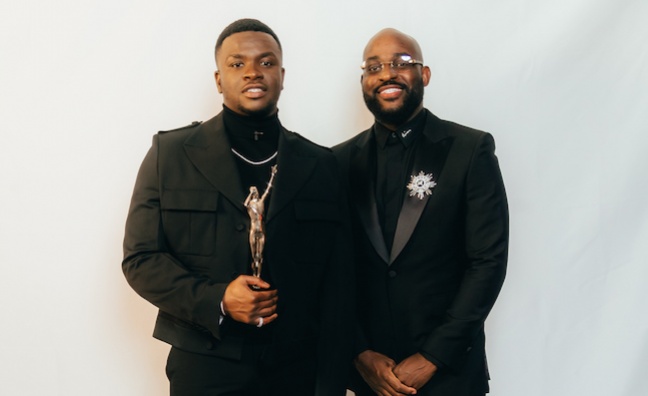 The Rated Awards has announced this year’s winners at a virtual ceremony.

Actor, rapper and comedian Michael Dapaah stepped in to co-host this year’s awards alongside actress and model Jourdan Dunn, after Idris Elba had to pull out of hosting duties this year.

Michael Dapaah said: “It was an honour to be taking over from Idris. I’m proud of how far the culture and Black music has come within the UK and it’s great to be back at the awards this year having been nominated and won myself.”

Founder & CEO of GRM Daily, Post (pictured with Dapaah), added:  “Congratulations to all the winners and all the nominees. It’s been an amazing show and we can’t wait to come back as a live event next year.”

Returning for its sixth year, the GRM Daily Rated Awards celebrated the best talent in the UK music scene. The 10 categories recognised some of the scene’s biggest names and their contribution to UK music between June 2019 and June 2020.

Album of the Year

D Block Europe - The Blueprint- Us Vs. Them

Nines - Crabs In A Bucket

Female Artist of the Year

Sponsored by +44 from Amazon Music

Male Artist of the Year

Sponsored by A Jewellers

Breakthrough of the Year

Personality of the Year

Track of the Year

Headie One, Stormzy and AJ Tracey - Ain't It Different

Video of the Year

Meekz - Respect The Come Up (Directed by KC Locke)

Mixtape of the Year

In Association with Porte Noire

Abra Cadabra - Product of My Environment

Digga D - Made In The Pyrex

Pa Salieu - Send Them To Coventry

Radio DJ of the Year

Producer of the Year