Harry Styles BBC special to air in the autumn 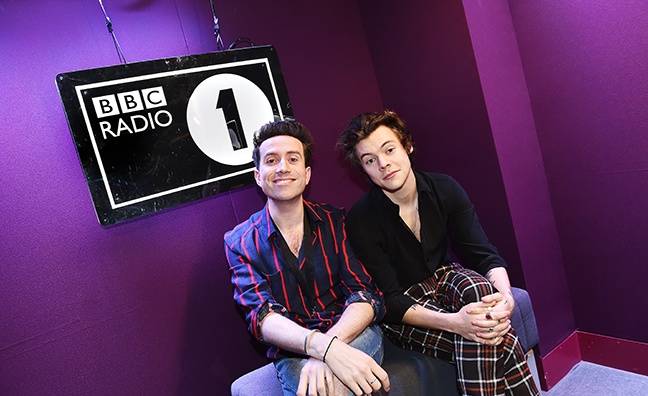 BBC Music has announced a world exclusive Harry Styles special to be broadcast on BBC One this autumn.

Harry Styles At The BBC, hosted by Nick Grimshaw, will be filmed in front of a live studio audience in Manchester. The 60-minute special from BBC Studios will air on BBC One in November and include songs never previously performed for a TV audience.

As well as performing songs from his debut solo album, Styles will be in conversation with Grimshaw in an interview covering his life as a solo artist and his acting career. Styles launched his debut single, Sign Of The Times (Columbia), on the Radio 1 breakfast presenter’s show earlier this year. Styles’ self-titled album reached No.1 and has so far sold 122,390 copies, according to Official Charts Company data.

Bob Shennan, director of BBC Radio and Music, said: “BBC Music is committed to supporting a range of new and established acts, and I’m very happy that we’re able to bring Harry to BBC One this autumn for such a unique show.”

Guy Freeman, editor, special events and formats, BBC Studios said: “These shows are all about creating a world in which superstars like Harry feel incredibly comfortable and alongside their brilliant, live performances, can simply have fun and enjoy revealing more of themselves to viewers than is ever normally possible.”

The Styles special follows previous BBC Studios productions, Adele At The BBC and Michael Bublé At The BBC. The recording will take place in Manchester on August 30. BBC Worldwide is the international distributor for the title.

BBC Music recently announced a new six-part BBC One music series, which will be produced with Fulwell 73, the company behind Carpool Karaoke.

Registration to apply for tickets to be in the audience for the Style recording is open from 10am on 21 August until 11.55pm on 22 August via the BBC Shows & Tours website.