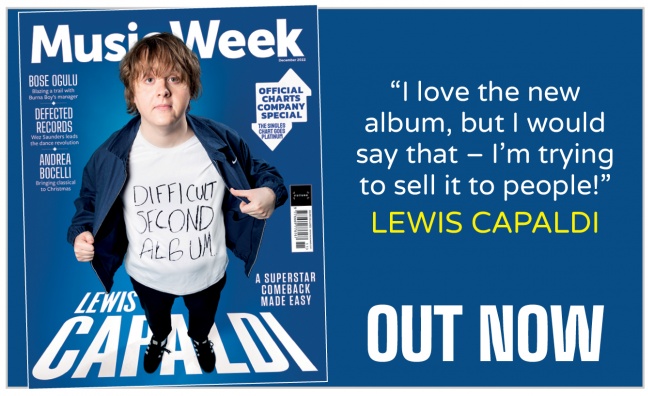 When Lewis Capaldi came back with Forget Me in September, its success instantly made a mockery of the idea that the Scottish singer might slip from public consciousness.

Now, Music Week is delighted to welcome Capaldi back for his third cover, as we kick off the campaign for his hugely anticipated second album Broken By Desire To Be Heavenly Sent with an in-depth interview. Over breakfast in London, James Hanley unpicks the superstar’s journey so far and finds out everything about the new record, taking in stories of Sir Lucian Grainge, Sir Elton John, Max Martin and more. Capaldi also speaks candidly about his mental health and his recent decision to talk publicly about his struggles with Tourette’s Syndrome.

Meanwhile, Capaldi is joined by EMI co-president Rebecca Allen, MD Clive Cawley and their team, plus agent Ryan Penty of Wasserman Music, to map out the campaign for a record that promises to be huge. Suffice to say, Capaldi blows apart the notion of a “difficult second album” (worn proudly on his T-shirt in our shoot) with a blockbuster interview. 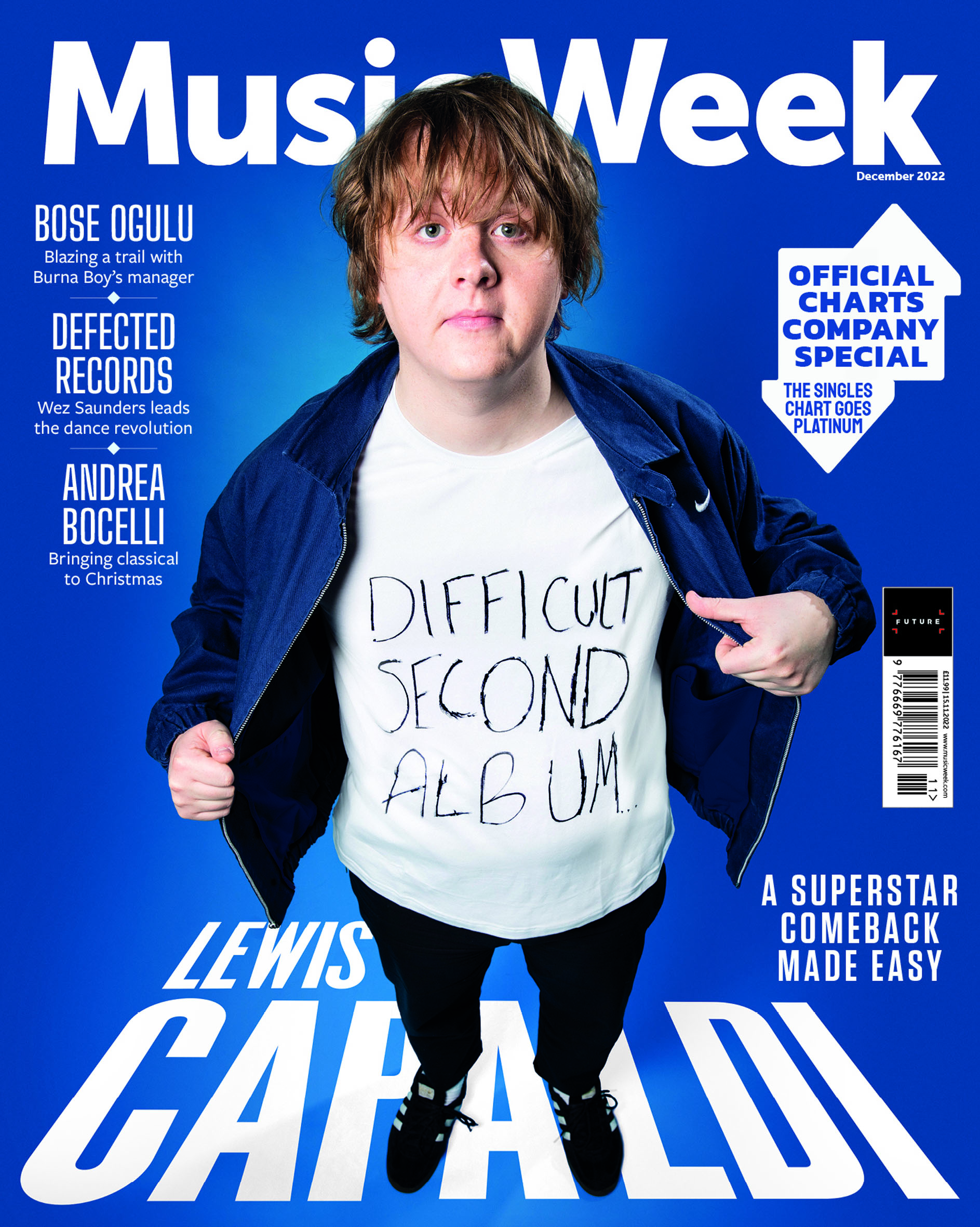 Also inside this month, we team up with the Official Charts Company to plot the history of the Official Singles Chart, which is celebrating its 70th anniversary. Chief executive Martin Talbot writes exclusively for Music Week about the importance of the chart, before guiding us through its story so far, decade by decade.

If 2022 has been the year of dance music, then Defected CEO Wez Saunders has been at the centre of the story. Having taken over leadership of the independent from founder Simon Dunmore back in the summer, Saunders is the subject of this month’s Music Week Interview, in which he lays out his vision for the streaming-focused future of Defected.

It’s been a similarly successful year for Burna Boy’s mother and manager Bose Ogulu, who is being honoured at the Artist & Manager Awards this month. To celebrate, we check in with the executive midway through Burna Boy’s world tour to tell her story, from watching her father manage Fela Kuti, through to founding a successful language school and later taking the decision to guide her son’s musical career and building the Spaceship Collective, an independent management, records and publishing business.

Andrea Bocelli is reimagining the Christmas album this Q4, joined for the first time by his children Matteo and Virginia for A Family Christmas, a new collection of festive songs out now on Decca. Music Week meets the Bocelli family, plus his management team and Decca co-presidents Tom Lewis and Laura Monks to explore the mechanics of a Christmas campaign.

Finally in this month’s features section, we gather a selection of leading names from the world of music distribution to discuss the burning issues of the day in a special report.

This month’s edition of Hitmakers tells the story of I’m Good (Blue), which has been blowing up in the charts of late. We join songwriter Phil Plested to tell the story of how he came to work with David Guetta and Bebe Rexha on their reimagining of Eiffel 65’s indelible hit.

Meanwhile, the new edition of Mentor Me – a collaboration between Music Week and Girls I Rate– sees Island’s senior A&R manager Adele White shares her five top tips for making it in A&R.

In The Aftershow for December is Blur drummer, composer, activist and campaigner Dave Rowntree, who in January is set to add going solo to his considerable list of music industry achievements. Ahead of the release of his solo debut Radio Songs, we meet to discuss Brexit, artist rights, Blur’s future and why he will always equate drumming with flying planes.

In this month's Big Story, we look ahead to the Whitney Houston biopic I Wanna Dance With Somebody with insights from Primary Wave's Adam Lowenberg, who outlines the ambitions for the catalogue streaming impact of the movie and other big plans for the iconic artist. Also in Frontline, we speak to Peloton's head of music Gwen Bethel Riley about the growing opportunities for the music industry with the fitness app.

In our Spotlight Q&A, newly promoted Downtown Music president Pieter van Rijn opens up about the changes at the services company including the expansion of its Fuga division, which has built up its international client base since Van Rijn joined as CEO back in 2014.

Gracie Abrams discusses channelling her emotions into raw pop music in the latest edition of On The Radar, as the LA-based singer trails her debut full-length album and talks working alongside The National’s Aaron Dessner.

Rising Star profiles Claudia Arach, global streaming manager for services & Africa at Platoon, while this month’s Start-Up is licensing marketplace Dequency and our featured podcast Jackie Of All Trades explores new ways to build a career.

Incoming sees Gabrielle Aplin open up about her upcoming album Phosphorescent and reflect on life after the hype machine.

Meanwhile, in her Digital Discourse column, Sammy Andrews asks how we can make the most of Q4.

The new issue of Music Week is available from November 15.