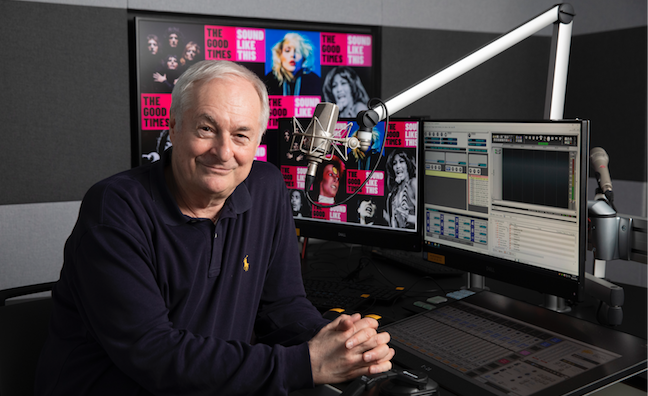 Gambaccini originally launched the show ion BBC Radio 1 in 1975, and the new edition is to air on Saturday, February 15 from 5-7pm. The broadcaster also holds a long association with the The Ivors.

Paul Gambaccini said: “I give three cheers for joining Greatest Hits Radio with America’s Greatest Hits. First, I get to bring my most personal and most rewarding show back to national radio. Second, I am honoured to be on the same day's schedule as two radio legends who have been friends for decades, Pat Sharp and Janice Long. Third, I join a network that believes as fervently in the value and permanence of radio as I do. Hip, hip, hooray!”

Former Top Of The Pops presenter Janice Long is a fellow new addition to Greatest Hits Radio’s weekend line-up. The broadcaster’s new slot will air live from Liverpool from 1-4pm on Saturdays.

Janice Long said: “I can’t wait to start playing the greatest hits on a Saturday afternoon right across the country from my home city of Liverpool. And, being me, you can be sure I will be digging deep to find some classics that you haven’t heard in ages and that we helped make famous the first time around.”

Andy Ashton, content director for Greatest Hits Radio Network, said: “Weekends on Greatest Hits Radio are the ultimate good times! As the home of the biggest songs of the 70s, 80s and 90s, we are thrilled to appoint these radio heavyweights who have helped shape the soundtrack of many of our lives and look forward to welcoming them to the station this weekend.”

Elsewhere, Pat Sharp will mirror his current slot Saturday slot with a new show from 10am-1pm on Sunday.

Greatest Hits Radio launched in early 2019 and is available on DAB and on FM in Liverpool and the West Midlands.