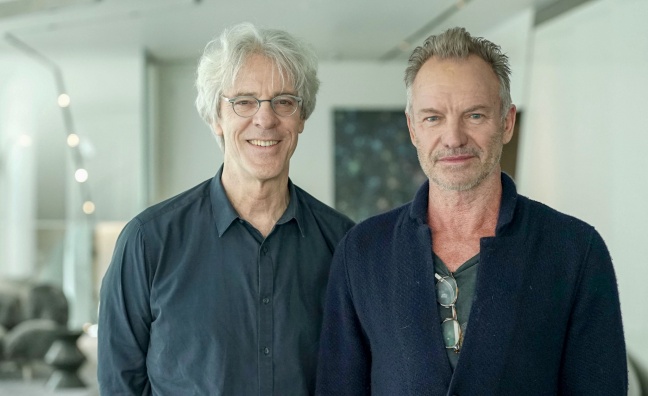 Produced by Somethin' Else, Stewart Copeland's Adventures In Music sees the 67-year-old drummer travel the world, meeting composers, musicians, filmmakers, DJs and scientists to explore the power of music and how it brings people together.

Copeland told Music Week: "As somebody who has lived high on the hog known as music, it has always been very interesting to ask the question: Why is it so potent in our society? Why does society respond so enthusiastically to it? Why am I getting such a great ride because I'm good at banging shit? And I really enjoy it, why does it affect me this way?

"But not only do I enjoy banging shit and strumming on a guitar, other people seem to enjoy the process too, so what is going on here exactly? That has always been a question that I've been asking."

Tonight's opening episode, which airs at 9.30pm, features the US star in conversation with singer Bobby McFerrin, DJ Honey Dijon and his Police bandmate Sting.

"Artists are often very cagey about it," said Copeland. "They don't want to look under the hood because they don't want to mess with the mojo. Among those types was Sting, who I'd never had conversation with about the purpose of music – we just argued about how to play Roxanne! So it surprised me how deeply involved his theories on the subject are. He has thought about it also a lot, in spite of not wanting to mess with the mojo, so that was a surprise.

"Also, I went to Harvard, Princeton and all these universities to talk to these egghead neuroscientists about the physiology, the biology of what's going on in the brain when it's responding to music. And yes, music alters brain chemistry, it causes the secretion of oxytocin, the love drug, it's very potent, it actually controls our behaviour much more than any of us have ever suspected."