A bad rap: Why labels need to support freedom of expression for UK hip-hop 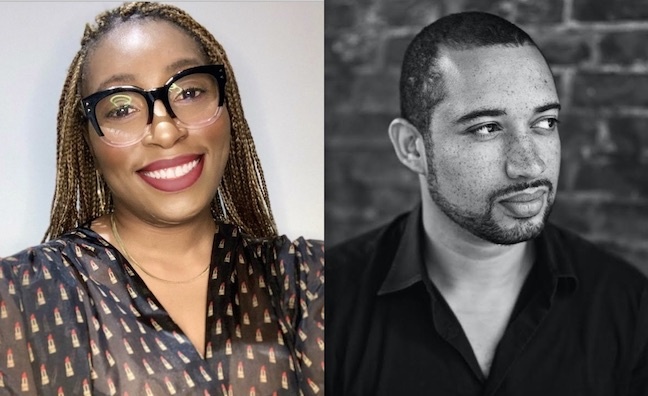 Music Week’s cover star Digga D has just achieved a No.1 album, but the UK rap star has faced legal challenges to his career including a Criminal Behaviour Order, following criminal convictions and spells in prison.

Here, in a joint opinion piece exclusively for Music Week, barrister and Black Music Coalition chair Sheryl Nwosu and fellow lawyer Nick Eziefula take a closer look at the sanctions faced by the UK rap community and call for a greater understanding from the industry…

Stars in the US have recently united in support of proposed legislation to prevent lyrics being admissible in court cases, except where there is a clear link between the lyrics and a crime.

Their support for the legislation is twofold: they claim the proposed legislation is both fundamental to freedom of expression and to addressing systemic racism in the criminal justice system.

The issue is not unique to the US. In recent years, UK drill music, undoubtedly a growing sub-genre of UK rap, has increasingly been used in the courtroom as evidence of bad character, with the prosecution engaging police officers who are notably not drill “experts” to decode slang-heavy lyrics for the court. In some cases, the videos presented as evidence of gang involvement and violent disposition pre-date the alleged offence by several years.

The scrutiny of drill lyrics might be seen as the latest development in a concerning trend, but such scrutiny has a long history when one looks at the way in which rap music and its various sub-genres have been treated in the UK.

Over many years, UK Black music artists have been targeted by the police. As far back as 2005, prosecutors sought to use lyrics from So Solid Crew’s music to suggest a predilection for violence and the use of guns in a murder trial involving group member Megaman.

At a time when the media appeared keen to synonymise the group’s name with violence, So Solid Crew’s tours were apparently shut down. UK rapper Giggs reportedly claims police pressured record label XL not to sign him. Form 696 was frequently used to block Black music events from taking place. And more recently, drill star Unknown T was accused, and later acquitted, of murder.

Over many years, UK Black music artists have been targeted by the police

Are lyrics which reference violence simply observations of real life, dramatised or exaggerated for entertainment? Or should they be seen as potentially documenting an intention or history of violence, or disposition towards real-life criminal activity by the artist?

The approach taken by the justice system seems inconsistent and divided down clear racial lines: controversial lyrics of white artists in other genres of music have seldom been used in criminal proceedings.

English law already provides safeguards against the automatic admission of such material – evidence must pass the relevance test and, if appropriate, the Bad Character considerations within the Criminal Justice Act 2003.

But it can be questioned whether the use of music, rap lyrics and videos in criminal cases is an extension of the way that Black males in particular are hyper-policed in the UK; their activities are consistently viewed through a lens of suspected criminality, which is starkly highlighted by the very act of those activities being presented within the setting of criminal trials.

It’s our observation that the negative view of Black art and expression is primarily rooted in fear, and a lack of understanding or acceptance that for many the music under scrutiny is an expression of just one part of inner city life, all the while not necessarily being autobiographical to the artists.

It is this fear, as well as a lack of nuanced understanding of artists’ backgrounds, lives and also musical influences, all of which provide the context of some rap and drill music, which can lead to prejudicial judgements being made by judges and juries in courtrooms. It has to be remembered that the primary device of this music is entertainment of the wanting audience.

How does this affect the prospects of Black artists in the music industry?

Even when lyrics are not admitted to the courtroom as a resource for the prosecution, the creative output of Black musicians is also being monitored and censored using Criminal Behaviour Orders (CBO), with Digga D being a well-known example.

The scope of CBOs is wide-ranging and can include restrictions as to who an artist may be in company with, with music videos being scrutinised to ensure compliance, to restrictions upon the geographical areas they can verbally reference in their lyrics. As a result, drill artists can find themselves operating within a complex matrix of limitations. Horrid1, another drill artist, revealed in an interview that he had been recalled to prison for commenting on an Instagram post of Digga D’s, in breach of a prohibition on associating with the rapper.

Whilst the CPS has recently announced that it will be reviewing and updating its guidance on the use of drill music as evidence in trials, following concerns voiced by legal professionals, academics and youth groups, it still remains that many Black musicians looking to forge successful careers face unique challenges both within the industry and also externally with added scrutiny applied to their art.

The association of rap, and drill music in particular, with so-called “gang culture” - that term itself being extremely loaded - means that record labels and other music industry organisations may become more wary of investing in rappers than artists in other genres. This already presents as a possible area of racially-based prejudice against artists who are already signed and those trying to get signed.

To counter this, we actively advise that labels and other people working with artists ought to become more aware of the circumstances in which any artists may find themselves at the scrutiny of the criminal justice system because of their musical content, music videos, or even their personal associations with areas or people and how to actively manage this as part of their involvement and relationship with any given artist.

In our experience, Black musicians are some of the most driven and visionary entrepreneurs – every bit as talented as the tech innovators and global advertising agencies we work with. In the already tough music business, they face the added challenges of negative stereotypes and underrepresentation. Their breakthrough success provides inspiration and opportunity, both to their communities and to the industry as a whole.

To ensure their long-standing success, the industry needs to be reactive, responsive and, dare we say it, supportive of the real-life pressures that can face Black artists in particular, such as the hyper-scrutiny of their words, their output, their Black lives and effectively their art.

Subscribers can click here to read our interview with Digga D and his team.

Our cover feature with the Black Music Coalition is here.

Sheryl Nwosu is a barrister at 25 Bedford Row chambers, and chair of the Black Music Coalition (BMC). She provides talks and advice to labels about artists, music and the criminal justice system.

Nick Eziefula is a partner at Simkins, a leading media & entertainment law firm. He specialises in commercial contracts and intellectual property. He also has a background as a rapper, releasing several studio albums and touring internationally.

Simkins and the BMC are both supporters of Power Up, which supports Black music creators and industry professionals and addresses anti-Black racism and racial disparities in the music sector.