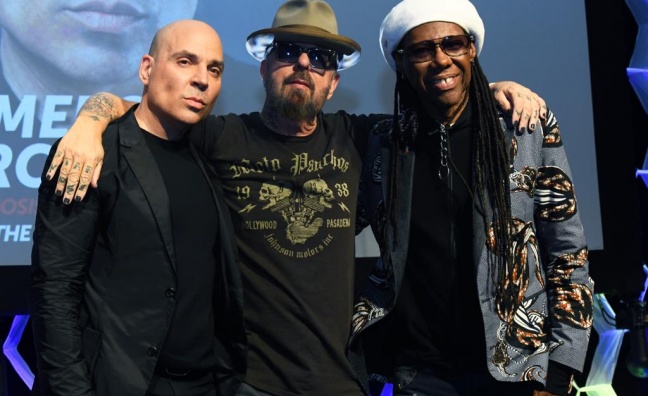 Stewart (pictured) co-wrote and produced each of Eurythmics’ albums, including eight Top 5 and three No.1 UK albums, which are estimated to have sold over 100 million albums worldwide. He has also produced and written songs with artists including Tom Petty on his US No.3 Don’t Come Around Here No More, No Doubt on their US No.1 Underneath It All and Shakespear’s Sister on Stay, which was a UK No.1 for eight consecutive weeks.

Stewart has been awarded Best British Producer at the Brit Awards an unprecedented three times in 1986, 1987 and 1990. In addition he was awarded the 2004 Ivor Novello Award for Outstanding Contemporary Song Collection for Old Habits Die Hard with Mick Jagger and Clive Davis Legend in Songwriting Award.

Hipgnosis has acquired Stewart’s copyright interest in his catalogue, comprising 1,068 songs in total, which includes his writer’s, artist’s and producer’s share of income. Stewart was represented by manager Dave Kaplan and attorney Peter Paterno.

Hipgnosis founder Merck Mercuriadis said: “This is an incredible moment for Hipgnosis. I have been lucky enough to know Dave since the summer of 1983 and I have spent most of those 35 years marvelling at his incredible work. I consider him to be one of the most important songwriters, artists and producers of all time. The work he and Annie [Lennox] did together as Eurythmics defines the 1980s and 1990s but still remains timeless today.

"He brought the same spirit to the Top 5 and No.1 hits he produced and wrote with Tom Petty, No Doubt, Shakespear’s Sister and so many more. It’s an honour for Nile Rodgers and I to welcome Dave to our Advisory Board and to the Hipgnosis family. I’m not generally one for puns but sweet dreams are literally made of this.”

Mercuriadis' music IP investment company has been on a spending spree since purchasing its first music catalogue from Terius Youngdell Nash, aka The Dream, last year and recently raised a further £141.5 million from investors, bringing its total to almost £350m since its IPO.

Stewart said: “Merck understands that without the song there is nothing and therefore holds songs with the utmost respect, hence understanding their impact on society and their long term value. He sees his company more like a song management company unlike many publishers who act more like a collection agency and wait for the money to pour in. I’m excited to be on the advisory board of this forward thinking company and sure we will have great success together.”

Kaplan added: “After putting everything in place during the negotiation, it was hard to imagine Dave’s iconic body of work could possibly have come from one human being in one lifetime (so far)! It would be tough to find anyone who values great songs and important artists more than Merck, who's also a wickedly sharp dealmaker. This deal is monumental, and a perfect match.”