Hitmaker Karen Poole on Kylie Minogue, K-pop and the rise of co-writing 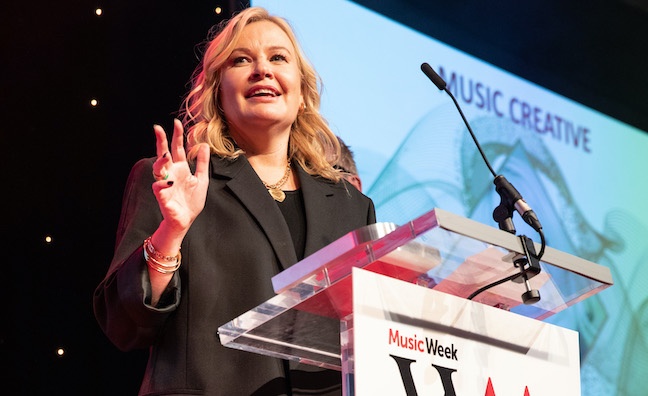 Karen Poole has spoken to Music Week about her enduring career as a UK hitmaker in partnership with artists including Kylie Minogue.

After launching her career as half of Alisha’s Attic, she has gone on to write on more than 35 Top 20 UK hits for artists such as Kylie Minogue, Sugababes and Becky Hill.

“Kylie Minogue’s musical style is very close to what I like, which is probably why we’ve worked so well together,” Poole told Music Week. “She’s always looking for something fresh, but she has strong roots in disco and in music that is so intrinsically pop that you could put the beautiful, catchy melody to anything.

“I don’t want to sound big headed, but it comes quite naturally to me to do the things she wants to do. She’s also a girl around my own age and we have a lot in common. I was working with her when she was having cancer treatment and she was feeling pretty fragile and wanted to chat. She wasn’t Kylie Minogue any more, she was another woman talking about her experience. I will also say that she’s often underrated as a songwriter, but she’s brilliant. She always has tons and tons of ideas, she’s great at concept and melody. Her input is massive.”

Kylie Minogue is often underrated as a songwriter, but she’s brilliant

Poole has also adapted to K-pop co-writing in recent years with multiple co-writes for NCT Dream.

“When pop wasn’t working so much for me here, I spotted K-pop on the horizon and I loved the idea of it, the experimental nature,” she said. “If you go over to Seoul you are working to a brief, but within that there’s enormous creative freedom. You’re also working alongside a whole crew of people from all over the world, some of the best minds. It’s a real melting pot.

“I think it’s really important to be able to move quickly in this industry, and to be ready to learn from others too. Young people I work with today are among some of the most talented people I’ve ever worked with. I inhale the freshness from those people, and I learn from it.”

Poole also spoke to Music Week about the rise of co-writing.

“You might end up with a lot of writers on one song, but that’s because the process is frequently more collaborative,” she explained. “Artists collaborate more, and with that comes an extra layer of people and another record label, and lots more opinions. But it doesn’t make anyone less of a songwriter.”