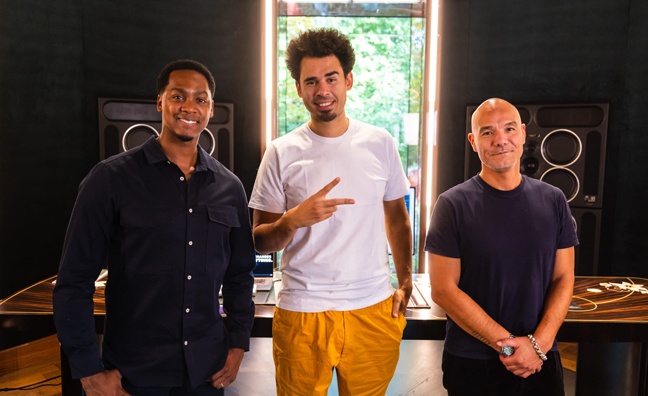 Afrojack – who became the second DJ ever to be inducted into the Hollywood Walk Of Fame – has worked with a host of international artists including Nicki Minaj, Pitbull, Martin Garrix, and many more. His collaboration with David Guetta and Giorgio Tuinfort resulted in the No.1 hit and 2016 UEFA theme song This One’s For You.

The new extension covers all of the works written and produced by the Dutch artist since signing with BMG in 2008 including his multi-platinum-selling breakthrough single Take Over Control, Hey Mama and Titanium.

Speaking about the deal, Afrojack said: “After working together for 14 years already, I'm still excited to be continuing the partnership with BMG. We are building towards the future together and with the new studios, the future is looking very bright.”

The entire team at BMG is extremely proud to have created a long-term home for Afrojack and his music – we look forward to an even brighter, creative, and inspiring future

Levy Isabella, BMG MD Benelux, said: “Since joining BMG back in 2008, Afrojack remains incredibly hungry and tremendously driven. There are very few artists/producers who have been around as long and whose passion grows stronger with every new project. From listening to his songs or watching the amazing live performances from Tomorrowland or Ultra Miami, his passion is obvious. The entire team at BMG is extremely proud to have created a long-term home for Afrojack and his music. We look forward to an even brighter, creative, and inspiring future.”

In 2021, Afrojack became the first DJ in the history of the Eurovision Song Contest to perform during the interval act in the Grand Final 2021. In the same year, Afrojack released the worldwide smash hit Hero, a collaboration with David Guetta. The song, co-written by Ellie Goulding, Stargate, Ryan Tedder and Jamie Scott, landed at No.1 on the US Dance Radio Chart, generated over 50 million streams to date in addition to a 2022 Grammy Award nomination in the category Best Dance/Electronic Recording.

More recently, he joined forces with DubVision to release Formula 1 Heineken Dutch Grand Prix’s official song, Feels Like Home, and perform the euphoric progressive house anthem live to a crowd of tens of thousands of fans at the event.

Afrojack is currently on his Jack To The Future tour across the US, and released his newest EP Afrojack Presents NLW earlier this year.