'PRS is a great machine but there's room for improvement': Jazzie B's agenda to support songwriters 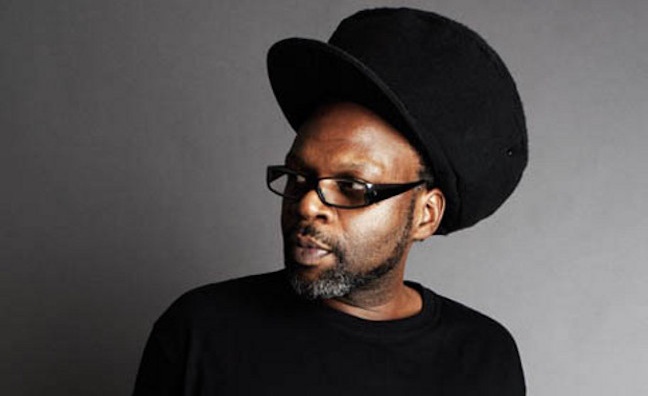 Soul II Soul legend Jazzie B has spoken to Music Week about his ambitions for making the business a better place.

The pioneering artist and DJ founded the dance collective in the late 1980s, going on to achieve a No.1 single with Back To Life (However Do You Want Me), and two chart-topping albums, while becoming the first black British band to crack America.

Pre-pandemic, the group had been due to tour their revived Club Classics show across the UK in 2020. Soul II Soul will resume touring this summer, including UK festival dates.

An Ivor Novello winner, Jazzie B, aka Trevor Romeo, was awarded an OBE in the 2008 New Year's Honours. He has now thrown his hat into the ring for the upcoming PRS Members’ Council election.

“Most of all, my ambitions would be to address the imbalance between writers/composers and artists, to make sure the former is not getting pushed to the side in the rush to celebrate the latter,” said Jazzie B in his manifesto. “The most practical way to achieve this is by making sure they get paid according to their works’ success, increasing their worth and the value of PRS.”

In this Q&A, Jazzie B expands on his plan to help drive change from the inside...

What persuaded you to run for election to the PRS Members’ Council?

“I guess it's that time in my life really. I'm at a stage where I've now been in the game for so long and I feel qualified to make my points heard. In terms of the landscape, there is no representation of people of my likeness, or what's going on in terms of the evolution of the industry – so it's time for change. The pandemic has allowed us to take a moment and reflect on all that.”

How much headway do you feel the industry has made on diversity issues?

“It’s a work in progress, Rome wasn’t built in a day. This is about the future, the past and the present; we've got to reflect that and it's not being reflected. We need somebody in the field. If somebody’s there in the field, rather than the theory, we’re in the race. That was my idea of going for this gig – to be in the race.”

How does your experience of the music industry give you a wider perspective on the issues facing members today?

“Well, I've been in the game for over 30-odd years, running a record label, a sound system, an organisation and I'm still current. I'm still a songwriter, I work with songwriters, we're all part of PRS and here I am at a stage in my professional career where I can lend a hand. It’s important for us to be able to work together with the establishment and maybe remove some of the archaic barriers and ideas that have existed.”

Here's a great opportunity for all of us, let's make this change together

You speak in your manifesto about songwriters and composers being “left behind” in the streaming age when it comes to earning potential, how would you seek to address that?

“You would want to start with how streaming revenue is divided. There's a lot of song and dance about Spotify and [platforms] like that, but right in front of us there's YouTube getting away with it. We could equally address the idea of what the labels are actually sharing.”

Have you always taken an interest in the business side of music?

“You know what? I can't lie, yes, and that's probably why I'm in the position I am today. I started off in the industry as a tea boy behind the scenes, so I learned everything from making phone calls to being in the same room and environment as various high level discussions were going on. I was working at places like Nova studio over at Tommy Steele's place, I did most of my apprenticeship there and I was signed to a subsidiary label. They were in the embryonic stage of their development, so I guess I had a little insight in terms of the way deals were negotiated as well.”

Why do you think Soul II Soul have enjoyed such a successful career?

“That’s a weird question to ask the person who sits in the driver’s seat! It was always an ambition to get there, but it's difficult for me to describe - that’s for everybody else. People enjoyed the music, but timing was essential. We were living in a tactile world, hence the community played a huge part in Soul II Soul's success. Soul II Soul, with the ideology of the sound system, is a community.”

What advice would you give to artists experiencing commercial success for the first time?

“Remember how you got there. The real truth of the matter is that success is about how you cope and in terms of coping, it's peaks and troughs. A lot of it is attributed to who's around you and trying to make sensible decisions where you give yourself at least a 50/50 chance.”

How much have you been missing touring?

“From my perspective, it's been more about channelling that energy into other areas. I've been blessed by the younger songwriters around me and the stuff that we're sharing and collaborating on, as well as being stimulated by what the future has to hold for us.”

What impresses you most about PRS’ work and where do you feel the organisation needs to improve?

“Well, they're the biggest collectors in the world. PRS is a great machine but there is always room for improvement. This is a great opportunity to bring on board the present, with a view towards looking to the future. That's an area I believe I can really help in.”

If elected, what do you hope to achieve?

“A happy face, a thumpin' bass, for a lovin’ race [laughs]. In terms of what I hope to achieve, it's a level playing ground – opening up about what exists and looking towards making appropriate changes. Here's a great opportunity for all of us, let's make this change together. We will be much stronger as a community and we've got to think of the future.”