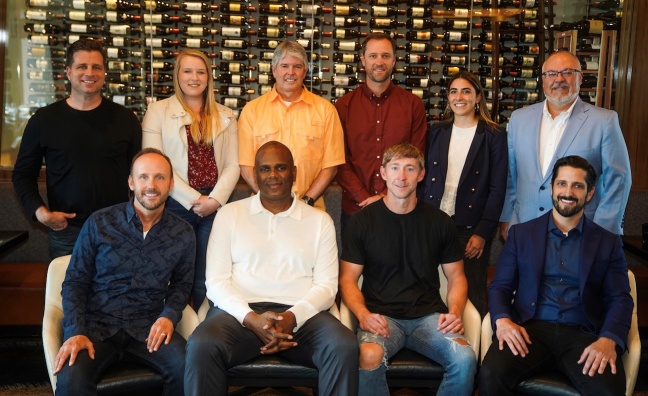 The agreement covers Gorley’s complete catalogue of songs, as well as future compositions. He was previously signed to Round Hill Music.

Ashley Gorley is widely recognised for his extensive and successful songwriting career across country, pop and more. He has written 59 US No.1 singles and has had over 400 songs released by artists such as Luke Bryan, Carrie Underwood, Thomas Rhett, Blake Shelton, Dan + Shay, Kelsea Ballerini, Cole Swindell, Bon Jovi, Weezer, and more.

Gorley’s recent hits include You Should Probably Leave by Chris Stapleton, Sand In My Boots by Morgan Wallen, and What’s Your Country Song by Thomas Rhett.

Ashley Gorley said: “Both Domain and Sony Music Publishing have a deep respect and understanding of the value of songs. I am grateful to Pete and the rest of the Domain crew for their belief in me. I am especially excited to join forces with longtime friends Jon Platt, Rusty Gaston, Cam Caldwell, and the rest of the Sony staff. I can't wait to get started on this next chapter!”

He's a true music connoisseur in every sense of the word

Domain Capital Group’s Pete Chiappetta said: “Ashley Gorley is undeniably one of the most talented, hard-working and acclaimed songwriters in the world. We are excited to see what he accomplishes next with Jon, Rusty, Cam and the rest of the incredible team at Sony. To partner alongside such a passionate and well-respected group of professionals is an honour.”

Sony Music Publishing Nashville CEO Rusty Gaston said: “I've been a fan of Ashley Gorley's songwriting since the late ’90s when we both attended Belmont University together. He's a true music connoisseur in every sense of the word. His diverse influences combined with his genuine heart have led his songs to define the soundtrack of country music. Sony Music Publishing is so proud to partner with Ashley and our friends at Domain Capital to champion this new leg of his historic songwriting journey."

Gorley has been honoured as ASCAP Songwriter of The Year an unprecedented eight times. He has multiple Grammy, CMA, and ACM nominations.

Gorley graduated from Belmont University and continues to support the college as an adjunct professor, guest speaker and mentor to songwriting students. He is an advocate for the songwriting community and has worked to promote songwriters’ rights and bills such as the Music Modernization Act (MMA).

Gorley also champions a roster of talent at his publishing company Tape Room Music, whose writers have celebrated 35 No.1 hits including Body Like A Back Road by Sam Hunt and One Of Them Girls by Lee Brice.