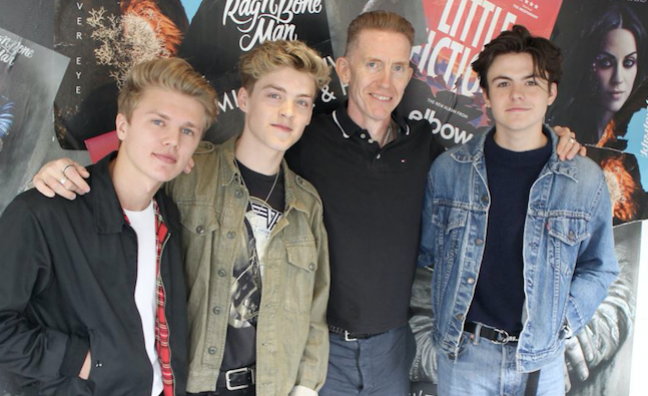 Formed in 2015, the trio is made up of Blake Richardson, George Smith and Reece Bibby. They were discovered by The Vamps, and are signed to their label Steady Records, part of Virgin EMI.

The Vamps also have a publishing deal with Warner/Chappell and were given their label imprint while Warner/Chappell UK MD, Mike Smith was president of music at Virgin EMI.

Mike Smith said: “It made sense that The Vamps were given their own label, it’s clear that the boys have the ability to spot amazing talent – and they’ve proven this with New Hope Club! Like The Vamps, New Hope Club are pushing the boundaries of modern pop music and rewriting the rules on what it means to be in a pop band.”

New Hope Club said: “Mike has been really enthusiastic and supportive about the music we played him and once we met the Chappell team we knew it was the right fit. The depth and variation of Chappell’s roster is so impressive and working with these talented artists is only going to improve our songwriting. Let’s get to work!”

New Hope Club’s first recording was a viral cover of Wake Up by The Vamps. The clip caught the attention of The Vamps, who then signed them in December 2015. They are signed to Hollywood Records in the US.

The trio went onto open for The Vamps on their 2016 UK tour and have since supported them on 2017’s Middle Of The Night 2017 world tour and this year’s Night And Day European tour.

In May 2017 New Hope Club released debut EP Welcome To The Club, their debut four-track EP that included the song Fixed, which has racked up more than eight million streams on Spotify.

This year, New Hope Club have released singles including Start Over Again and Medicine, which have more than three million streams combined. They also had two songs featured in the animated film Early Man, which featured in Music Week's Sync Story column back in February.

“I’m really excited to get them in rooms with our incredible songwriters and hear what they come up with,” Smith added.