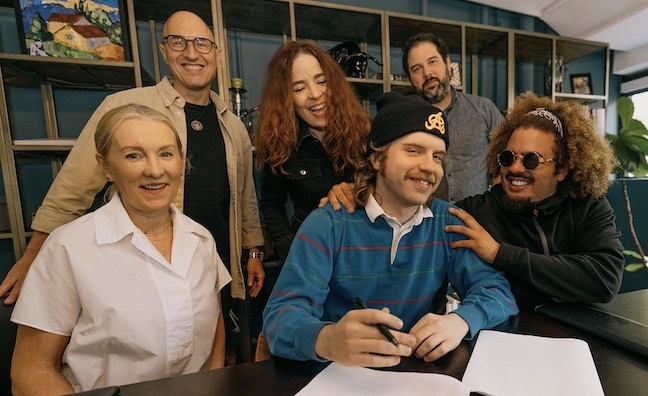 Calacote is the debut signing of Alkatraks Music Group, the label started by producer, songwriter, artist and entrepreneur Maffio.

“He is a unique triple threat poised for global success as the only Latin urban artist who writes and performs seamlessly in Spanish, French and English,” said a UMPG statement of Calacote.

Through his new deal with UMPG, Calacote will be provided opportunities to collaborate with the publisher’s roster of composers around the globe in all three languages.

Alexandra Lioutikoff, president of US Latin and Latin America at UMPG, said: “Calacote represents a new sound within the Latin urban community. UMPG is thrilled to sign a multilingual talent like him with truly global potential as both a songwriter and an artist.”

Calacote said: “I’m thrilled to be working with the amazing team at UMPG. This marks an exciting chapter in my career, and I am excited to have the opportunity to collaborate creatively with UMPG’s writers in the US and abroad as well to develop commercially with Alexandra’s and Ana Rosa’s input. I know we will achieve great things together.”

“We are excited to have Calacote join the UMPG family. Alexandra and Ana Rosa understand our vision and we are excited to be collaborating with them and the entire UMPG global team on the development of Calacote’s career,” said Maffio, founder & CEO of Alkatraks Music Group.

Ana Rosa Santiago, VP of Latin Music at UMPG, said:  “Calacote is energetic, versatile and a fresh new prospect in Latin Music. We’re excited to join Calacote’s team and welcome him to UMPG.”