We could be Kings! Gene sign administration agreement with Bucks Music Group 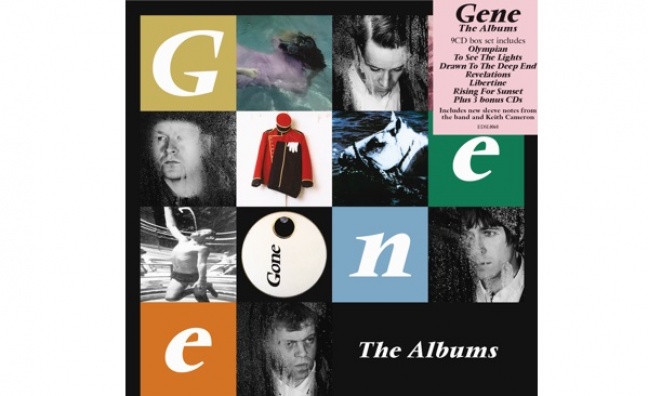 Gene have signed an administration agreement with Bucks Music Group ahead of a reissue campaign later this year.

The London-based band, who rose to prominence as one of the key figures in Britpop during the 1990s, are releasing their four studio albums, along with several other collections, as a box set on Demon Records on July 24

“I first heard Gene when I visited a friend at University in 1995 and was played I Can’t Help Myself. I was immediately hooked and spent the train journey from Exeter to Haywards Heath with the EP on repeat. I’ve followed the band ever since," explained Bucks’ head of sync Jonathan Tester on why he was keen to work with the band.

"We are very excited to be working with these incredible songs and honoured that they have allowed us to be the guardians of their creations. They’ve been so supportive of our ideas for bringing these songs to new audiences.”

Gene’s drummer Matt James welcomed the deal, suggestion they would benefit from the personal touch they could get from Bucks, who include songs written by Run The Jewels, Brian Eno, James Blunt, Professor Green, Rudimental, Beyonce, Joe Strummer, Can and Pete Doherty in their catalogue.

"I can't wait to start working with Bucks. I've felt for some time that our songs were perhaps fighting for air in a sizable vault," he said. "This material is still widely loved and it will be exciting to have some fresh ideas on the usage of it.”

Frontman Martin Rossiter, who is now BIMM's principal lecturer in songwriting, added he was pleased to see the fruits of his youth potentially reaching wider audiences.

“Ten years of our creative juices congealed to make these sometimes flawed but always lovingly crafted songs," he mused. "Time has taught me to look kindly on those young costermongers trying their luck.”

Earlier this year Bucks signed sub-publishing deal with Velvetica Music In France, enabling both companies to represent each other in their own territories.