On The Radar: Lila Iké 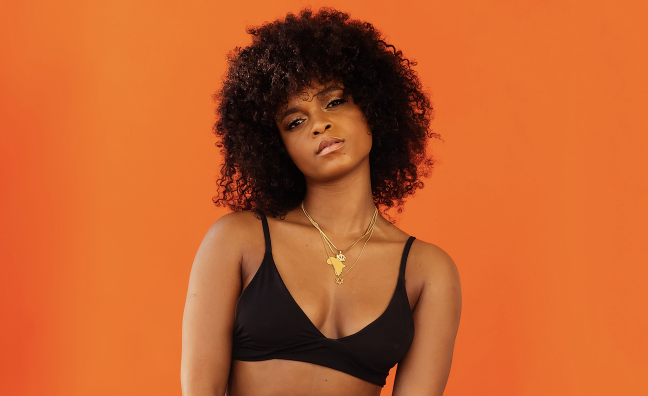 Lila Iké first noticed it in the supermarket. She could feel the eyes of strangers looking at her, then they’d shuffle over, pause and sheepishly say hello. The 26-year-old from Christiana in Jamaica’s Manchester parish still can’t get used to the idea that her music – a combustible hybrid of reggae, dancehall, soul and R&B – is making her famous.

“When I go home, it’s like a big deal, like it’s Kim Kardashian or somebody,” says Iké, talking to Music Week from her base in Kingston, where she’s been living since 2016. “Everybody’s very excited,” she continues. “So for them, it’s like, ‘Oh my God, we watched you blossom into what you are right now.’ It’s weird, because sometimes I don’t remember that I’m Lila Iké and I think, ‘What’s happening?’”

Iké is plainly not into the idea of celebrity. She enjoys her own company and is often off in her own world, as the drifting Solitude from her debut EP The ExPerience makes clear.

“I’m still not where I need to be and I have a lot to do, so I don’t get caught up in [people saying], ‘Oh, you’re becoming a big superstar’,” she says. “I don’t want to get distracted.”

It doesn’t take long to realise that there’s little danger of that happening. Iké is refreshingly focused and talks passionately and at length about music and what it means to her, that feeling of a song hitting you square in the chest. She first had it when listening to one of her mum’s Garnett Silk records at home.

“If I don’t have anything to show for what my music has done then it really doesn’t make any sense,” she says. “The most important thing is to see where I impact people’s lives, especially back home. That’s my first project, I need to reform the minds of the young ladies back home. I have sisters and my mum, I want to be a major influence in making a positive change in people’s lives.”

Now The ExPerience is out and word of her electric new sound is spreading, Iké is keen to outline her mission. “I want the EP to give people an idea of the kind of person that I am and a taste of my different sounds,” she says. “I want people to listen with an open mind, understand that I don’t limit myself to any one genre because inspiration is free-flowing, I’m a free-flowing person.”

The record is out via RCA’s partnership with the InDiggNation Collective run by Protoje, one of the leading lights of Jamaica’s modern reggae movement. Iké recorded the majority of it at Protoje’s Habitat Studio in Kingston and says that he and singer Jah9 have been instrumental in her journey. They first crossed paths when Iké moved to Kingston as a broke university student taking a semester off. She explored spirituality, took up yoga and honed in on her music, driven by all she’d absorbed back in Christiana, where there was a sound system around every corner.

“Music was a very visual thing for me, I’d listen to singers and try to imagine what they looked like, what they were singing about,” she says. “It really had me using my imagination a lot.”

But it was her mother’s Garnett Silk records that stood out most. “There was some emotion associated with me listening to that music and trying to find myself as a spiritual person,” she explains. “I got goosebumps, like I was listening to an actual angel.”

When she got to Kingston, she realised she could do it herself. “I really wanted to be on that level, he sounded so connected and so aware of his surroundings and everything happening in the world,” she finishes. “I was like, ‘Yo, I really need to do what these people are doing...’”