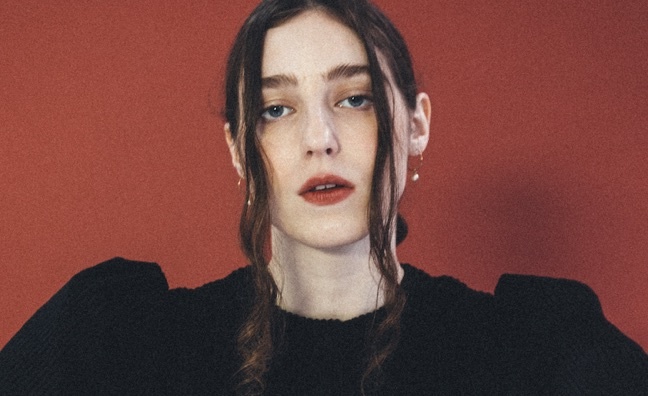 Having gone on something of an epic journey, singer-songwriter Birdy visited Nashville and Los Angeles ahead of the pandemic to seek inspiration for new music.

The fruits of those travels have just been released. Following a livestream show on April 15, she put out her fourth album, Young Heart, last week (April 30), five years after her last LP, Beautiful Lies.

With the record sitting at No.4 in the UK Chart midweeks, Birdy – real name Jasmine van den Bogaerde – tells Music Week about the beat behind Young Heart, her hopes for the return of live music, her thoughts on the future of livestreams and how she marked the 10th birthday of the Bon Iver cover that helped to break her...

What was your vision behind Young Heart?
"I originally heard it being a soul record, I was listening to a lot of Etta James and Nina Simone at the beginning of writing it and I think you can hear that on a few tracks, especially the title track Young Heart which was the first song I wrote for the album. I then started listening to Joni Mitchell and Nick Drake and was so inspired. I started writing on the guitar a lot more and the music took on more of a Laurel Canyon feel, so I went to LA to do some writing and that’s where I felt people really understood the record I was trying to make for the first time. I also wrote a lot in Nashville which is where I met Ian Fitchuk and Daniel Tashian and I recorded the album out there with them which was amazing. The songs on this record are more personal than ever before and I loved it there because it feels like the home of storytelling. It was really important to me that the recordings felt like musicians playing in a room together and I was conscious that my vocals didn’t sound like too much of a performance, we ended up using a lot of my demo vocals because they had more magic in them when I wasn’t overthinking. I think this record is the most authentic to me as an artist so far."

In the five years since your last album, how have you grown as a musician and songwriter?
"I’ve found that as I got older I became a lot more self-conscious and started to over analyse everything I would write. I battled a lot on this album to drown those voices out and return to a state like when I very first started writing and I didn’t think about anything else apart from how the music made me feel. I think it’s helped me to write more from the heart and it’s meant the songs more raw and meaningful to me."

You recently played a global livestream show, what was that experience like?
"I really loved it! I was just so happy to actually to be with other musicians again and playing the new songs together for the first time! I was also joined by an eight piece string section, plus a French horn and clarinet player, which made it so special as that’s not something I get to do with every show. In a way it was also nice not to have the pressure of an audience, but I did really miss the energy that you get from playing to a room full of faces and hearing people sing along."

Do you think livestreams are something that you will want to continue after touring returns?
"I had so much fun putting together the livestream, it gave me an opportunity to make something cinematic and I really enjoyed not just focusing on the music but trying to create something visually beautiful for people to enjoy too. It’s definitely an interesting genre, but who knows, I suppose it depends on the people watching and what they think about it. The magical thing about a live show with an audience though is having complete strangers in a room together experiencing something at the same time, and everyone singing in unison to a song they love. That’s a feeling that’s just not the same through a screen!"

Are you hopeful about the return of live music?
"I was working on Young Heart for the last four years and have dreamt of performing the new songs live, so it’s been really sad not being able to play them for people yet. When the pandemic hit it meant we had to push the album release a bit later, which was good in a way, it gave me a bit more time to reflect on it all and focus on the artwork but I definitely feel ready to be out there on stage again now. But yes I am hopeful, you have to be positive. We put together an amazing band of talented musicians for the recent live stream and I'm so happy that I’m going to be playing with them again for a gig at the Forum on November 21. Hopefully, fingers crossed, we will finally be able to tour properly throughout the UK and Europe in Spring 2022."

How do you feel the support the arts sector has received overall during the pandemic? Has enough being done to look after artists and venues?
"We are over a year into this pandemic and it's hit a lot of people very hard, particularly all the unnamed people who make music events happen, support staff, etc. Also, new artists starting out who are really suffering and rely on live gigs. Any support the government can give the sector is of course welcome, but equally there are a lot of people who need help. Hopefully, with the test live events we’ve seen recently, we are seeing some green shoots of hope and we can start to get the live sector back open again as safely and as soon as possible."

Your self-titled debut album will be ten years old this November, what's the biggest lesson you've learned in that time?
"I know, I can’t really believe it! It was the 10 year anniversary of Skinny Love [Birdy covered Bon Iver's song for her debut single in January 2011] recently. I reposted the video of me playing it at 14 years-old, and then another one of me now 10 years later, playing it on the same piano – which is now a bit out of tune! – in the same attic room where the video was shot by Sophie Muller. It’s so surreal watching it again and how young I look. I even still had braces on! I think over the last ten years I’ve just become more confident in myself. I’ve learnt to trust my instincts and speak my mind a lot more which can be hard when you’re young."