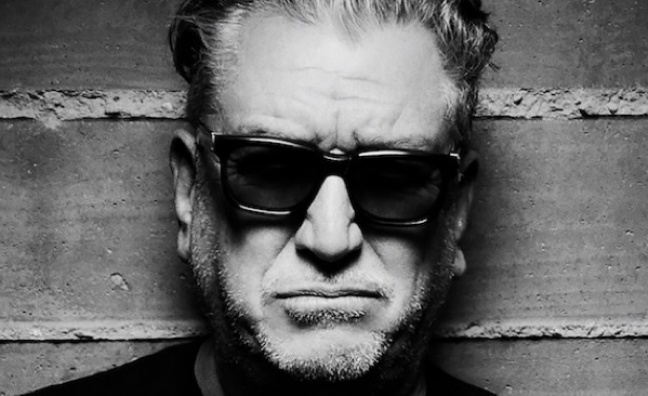 The memoir of the Sex Pistols' Steve Jones (pictured) is to be adapted as a TV series by Danny Boyle.

The guitarist's 2018 book will form the basis for six-part programme, Lonely Boy: Tales From A Sex Pistol, which will be made and shown by FX Entertainment.

"Imagine breaking into the world of The Crown & Downtown Abbey with your mates and screaming your songs and your fury at all they represent. This is the moment that British society and culture changed for ever. It is the detonation point for British street culture where ordinary young people had the stage and vented their fury and their fashion and everyone had to watch and listen and everyone feared them or followed them," said Danny Boyle of the band's cultural impact.

"At its centre was a young charming illiterate kleptomaniac - a hero for the times - Steve Jones, who became in his own words, the 94th greatest guitarist of all time. This is how he got there."

Jones will be played by Toby Wallace, while the cast also includes Game Of Thrones' Maisie Williams as punk Jordan.

“It’s great to be back in business with Danny Boyle, an exceptional artist responsible for so many great feature films and TV series," said Nick Grad, FX Entertainment's president, original programming, of the production.

"Steve Jones was at the centre of the storm that shook the rock establishment and we’re thrilled to have Danny and the rest of the creative team tell his story as a member of one of music’s most notorious bands, Sex Pistols.”

No details for the programme's transmission have yet been announced.

The TV series marks yet another foray into the music world for Boyle, who directed Beatles-inspired film Yesterday. Read Music Week's investigation on how he managed to secure the Fab Four's music for the picture.