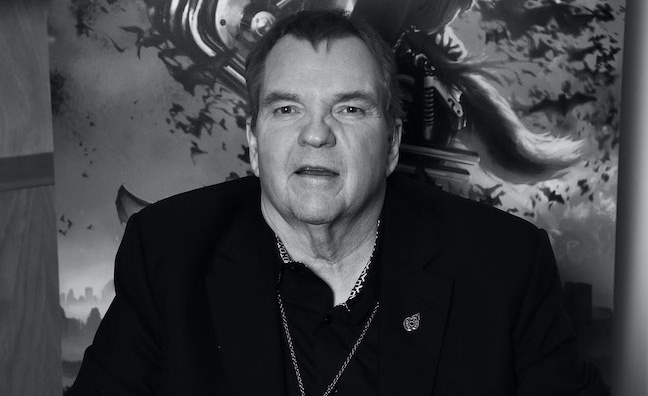 Days after the death of Meat Loaf, the rock icon is set for a posthumous return to the UK charts.

Three of Meat Loaf’s classic songs could return to the singles chart on Friday (January 28), according to the Official Charts Company.

Bat Out Of Hell is currently at No.4, which would mark a new peak for the song if it holds its place.

Chart rules limit artists to three entries, otherwise Meat Loaf could have another eight songs in the Top 100, including Top 40 appearances for You Took The Words Right Out Of My Mouth, Paradise By The Dashboard Light and Dead Ringer For Love.

The last time Meat Loaf had a single in the Top 40 was November 2006, with It's All Coming Back To Me Now feat. Marion Raven, which reached No 6.

Fireboy DML & Ed Sheeran are leading the way with Peru at No.1 in the singles chart, according to the latest update.

Meat Loaf’s albums chart impact will be revealed in the Midweeks update at 5.45pm on Monday (January 24).