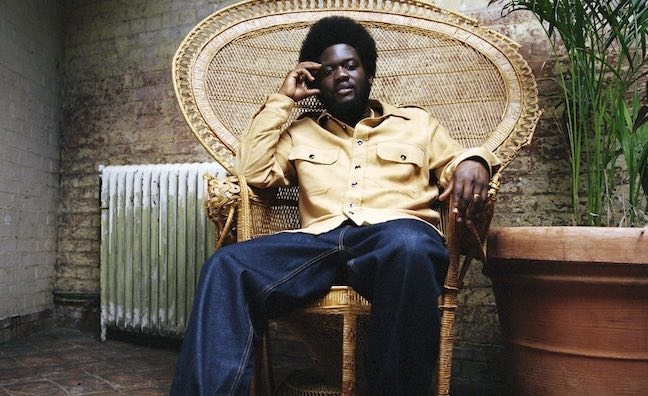 Michael Kiwanuka has confirmed details of his third album, Kiwanuka.

Released on October 25 via Polydor, it is the follow-up to 2016 No.1 album Love & Hate. The sophomore LP secured the singer-songwriter Mercury and BRIT nominations. It is certified gold and has sales to date of 115,200, according to the Official Charts Company.

Kiwanuka said: "The last album came from an introspective place and felt like therapy, I guess. This one is more about feeling comfortable in who I am and asking what I want to say. Like, how could I be bold and challenge myself and the listener? It is about self-acceptance in a more triumphant rather than melancholy way.  It’s an album that explores what it means to be a human being today.”

He added: “When I first signed a record deal, people would ask me, ‘So what are you going to be called?’. And I never thought of that; calling myself Johnny Thunders or whatever, like singers from the past. So, on this album it’s kind of a defiant thing; I’m engaging with who I am and I’m not going to have an alter ego, or become Sasha Fierce or Ziggy Stardust, even though everyone's telling me I need to be this, that or the other. I can just be Michael Kiwanuka.”

Kiwanuka collaborated with Tom Misch on the single Money in June.

Following a headline performance at this year’s End of the Road Festival in September, Kiwanuka heads out on the road. Today the first UK shows were announced for March 2020, including a date at O2 Academy Brixton.