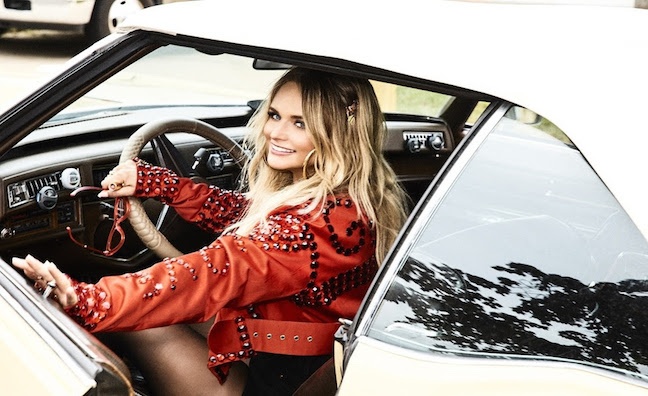 The Country Music Association has announced the nominees for The 54th Annual CMA Awards, with Miranda Lambert topping the list at seven nominations.

Other top nominees include Luke Combs with six nominations – including his first ever nod for Entertainer Of The Year, Maren Morris with five nods, Dan + Shay, producer Jay Joyce and Carly Pearce each with four, and Justin Bieber, Ashley McBryde and Keith Urban each up for trophies in three categories.

The ceremony will be broadcast live broadcast on Wednesday, November 11.

Lambert’s latest round of nominatons has made CMA Awards history as the first female artist to accumulate a record-breaking 55 total career nods – an official press release confirmed the record was previously held by Reba McEntire, who earned her 51st nomination this year.

Speaking about the announcement, Sarah Trahern, CMA chief executive officer, said: “This year’s nominees represent the passion, creativity and hope our world could use more of these days. From record-shattering milestones to reaching across genre lines, these finalists are outstanding examples of the craft and camaraderie Country Music holds deeply. As we navigate the coming months and look to properly honor our nominees and the community, we are committed to delivering the safest and most memorable live television experience our artists, creators and fans could ask for. We cannot wait to reveal our two incredible CMA Awards hosts in just a few weeks and we look forward to celebrating Country Music this November!”

As recently revealed in an exclusive Music Week report in a recent issue, country music is currently enjoying a huge growth on DSPs in the UK. Apple Music has also recently launched a dedicated country music station featuring shows from The Shires, Luke Combs, Carrie Underwood and Ty Bentli.

You can see the full list of nominations below:

ENTERTAINER OF THE YEAR

SINGLE OF THE YEAR
Award goes to Artist(s), Producer(s) and Mix Engineer

ALBUM OF THE YEAR
Award goes to Artist and Producer(s)

What You See Is What You Get – Luke Combs
Producer: Scott Moffatt

SONG OF THE YEAR
Award goes to Songwriters

FEMALE VOCALIST OF THE YEAR

MALE VOCALIST OF THE YEAR

VOCAL GROUP OF THE YEAR

VOCAL DUO OF THE YEAR

MUSICIAN OF THE YEAR

NEW ARTIST OF THE YEAR