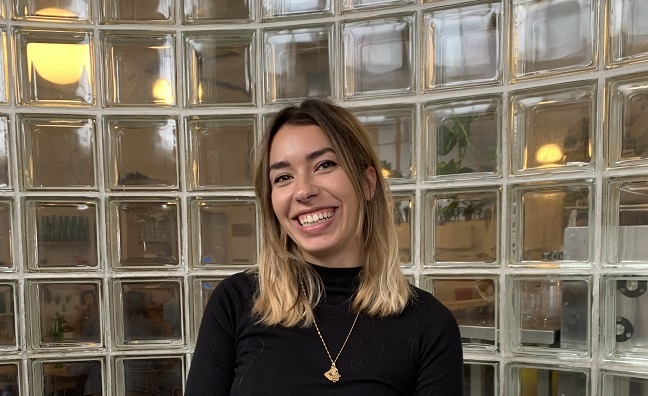 The biz’s brightest new talents tell their stories. This week it's the turn of Inside/Out's junior publicist Sophia Ikirmawi...

Why did you choose a career in music?

“When I was growing up, I wasn’t actually a massive music fan. I didn’t go to my first gig until I was about 14 or 15 and only really started to care about music after I went to Reading Festival at 16. As with everything I like, it was zero to 100. As soon as I was interested, I was suddenly obsessed, and spent hours learning everything about every artist and album I loved – reading every interview, watching every video. I’d spent so many hours and used so much brain space that it made sense to put it all to good use and spend my days thinking about music full-time as a grown up.”

How difficult was it to get started?

“I found it really difficult. I initially spent two years trying to get into radio production while I was at university and after I graduated, but it was so hard to progress from freelancing or doing unpaid work to a full-time job. I’d apply for jobs where I was freelancing and not even be invited to interview, which was disheartening. After a while, I decided to try a change of direction and began looking into publicity. It was something that had always interested me, but I’d never considered it before. It meant starting at the beginning again, but when I joined Inside/Out as an intern, something clicked and I started to progress more rapidly, rising to a full-time publicist and building myself a roster of artists that I love and am proud to work with.”

“It took a while to learn that being yourself is really important and valuable, which sounds really trite, but is true. My bosses Chloe Melick and Adrian Read are so well respected in the industry, in part because people genuinely like them, and labels and managers want to work with us because they are passionate about their artists and their jobs. For maybe the first six months, I was nervous when talking to other industry people, as it took a while to come to terms with the fact that a big part of the job is reliant on people liking and respecting you. It made me second guess myself and worry I might do or say something embarrassing and end up blacklisted from people’s inboxes. Luckily, that doesn’t seem to have happened yet... I think!”

Every good music PR should...

“Be able to persevere, be enthusiastic about what you love and honest about what you don’t, and have enough money on your card to pay the bar tab, keeping the receipts, obviously.”

What frustrates you most about the biz?

“The barriers people face having to often work for free or a low salary in London, which obviously is one of the biggest reasons that the industry still has a long way to go in terms of diversity and bringing in voices from outside of London. I also wish there was more of a support network in PR across companies, for new faces and people of colour in particular.”