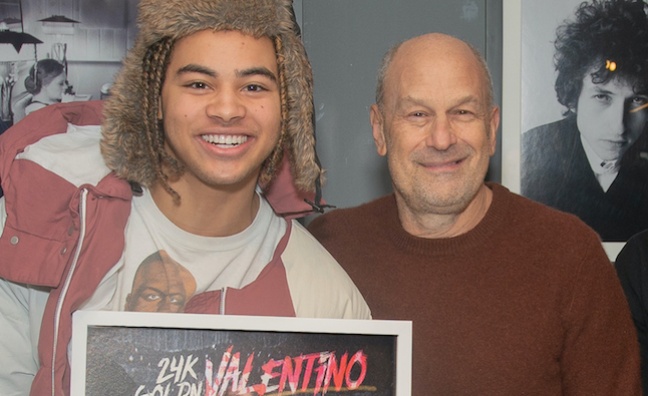 In the latest issue of Music Week, the industry veteran opens up about his ambitions for the 19-year-old rapper, singer and songwriter.

Barry Weiss (pictured with 24kGoldn) also revealed that he will continue to build the New York-based label in partnership with Sony Music. The joint venture has just been renewed for three years.

24kGoldn has secured a third week at No.1 with Mood. It has sales so far of 360,606, according to the Official Charts Company. Records partners with Black Butter in the UK.

Rob Stringer has been very supportive

Records launched in 2015 as a joint venture with Songs Music publishing. When the publisher was acquired by Kobalt in 2017, Records aligned with Sony Music. The major was already the distribution partner, and the relationship deepened when Songs’ president Ron Perry became Columbia US CEO in 2018.

“It was all serendipitous and all sort of happened at once,” said Weiss. “[Sony] gave me the funding, they know that I've been doing this for a long time. They are very strong partners, they help out when we need help.”

To read the full interview with Barry Weiss, pick up the latest issue of Music Week – subscribers can click here.