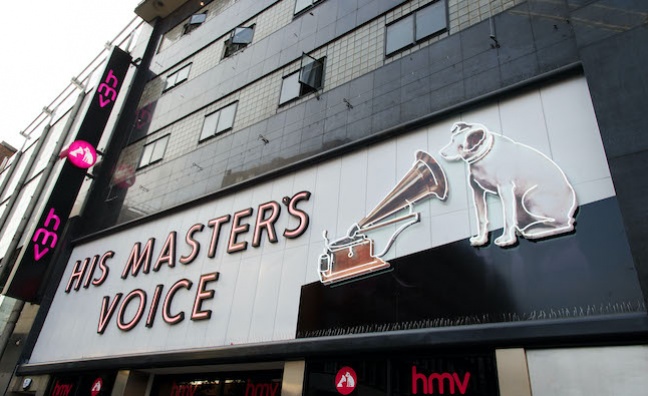 Today (July 20) the last music chain officially turns 100 - it was exactly a century ago that composer Sir Edward Elgar opened the famous store on Oxford Street.

Sadly, the 363 Oxford Street branch closed two years ago. But HMV is still in the market for a flagship branch and has also confirmed plans for up to 10 further store openings this year. A new store opens in Solihull, West Midlands today and Ed Sheeran is set to play an intimate gig at HMV Empire in Coventry as part of the celebrations. Vinyl centenary editions are on sale now.

Despite a challenging year with Covid forcing stores to remain closed, the chain has returned without having to shutter branches. HMV operates more than 100 stores across the UK, including Europe’s largest entertainment store, The Vault, in Birmingham.

Music Week recently marked the anniversary of the entertainment chain with a special feature, in which owner Doug Putman described in-store appearances by Stormzy as one of the highlights since the acquisition in 2019. 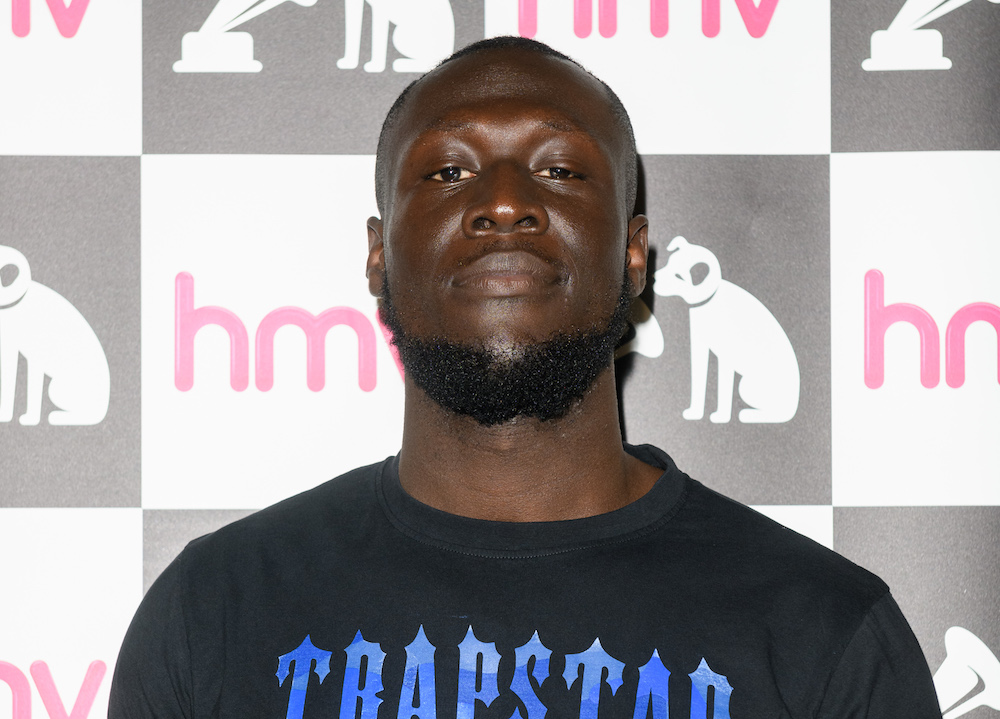 Here, we have invited industry executives, artists and broadcasters to share their HMV memories…

"Just weeks after I started at ERA, I arrived at the Bluewater store for a spot of ‘work experience’. I spent the first morning absolutely baffled as to why everyone was sporting blond hair, white t-shirts and dungarees. It was only later I realised they were all dressed as Eminem to celebrate the release of the 8 Mile soundtrack! They were a great bunch of people enjoying themselves working in music. The landscape has certainly changed since then, but the physical presence of having the iconic HMV brand on the High Street is a huge benefit for music overall.”
Kim Bayley, CEO, ERA

“I was at HMV for the best part of 30 years, so there are way too many memories to mention or even recall. Most revolve around artist PAs, album launches and store openings – often in intense competition with the PR teams at Virgin Megastores and Tower Records: a live in-store Madonna performance; Paul McCartney re-launching our Oxford Circus flagship; the Spice Girls switching on the Christmas lights and causing West End pandemonium; over 5,000 Bros fans bringing Oxford Street to a standstill; Blur performing live on the roof of the 363 store (with a police inspector threatening to literally pull the plug if we publicised the event and drew a crowd); the launch of Oasis’ Be Here Now, with tens of thousands queuing early morning around the block outside many of our stores around the country; our 100th store opening at Fort Dunlop Birmingham, where Robbie Williams performed Angels; a Guinness World of Records PA tour with Westlife taking in Dublin, Belfast, Edinburgh and London in one day. 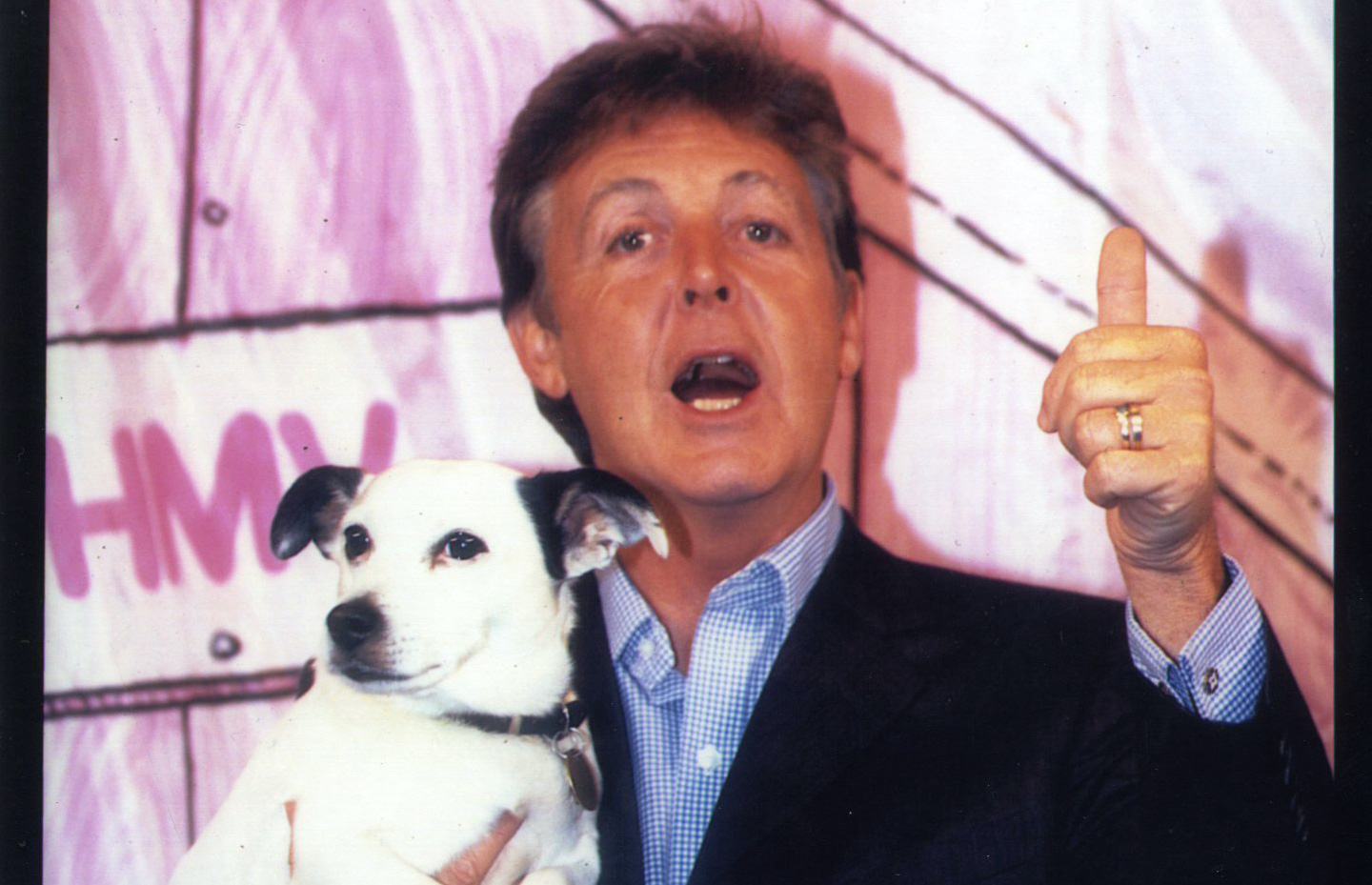 “Plus, regular Michael Jackson shopping visits; a Prince PA where he signed all the albums ‘Love God 88’ (and his security taking over and confiscating the cameras from all the photographers); me interviewing Dr Dre on camera for a Beats promotion (he didn’t look impressed!); a Take That fan shrine at HMV Oxford Circus when the band announced they were breaking up, and the band’s comeback appearance at the same store in 2006; Destiny’s Child performing a live in-store eventually resulting in what the Evening Standard shouted from its front page was a ‘Riot in Oxford Street’; Banksy secretly swapping over some Paris Hilton CD sleeves with ones where he replaced her head with a horse’s head; George Harrison shopping in-store; meeting Yoko Ono at the Silver Clef Awards; Bob Geldof officially opening our Oxford Circus flagship in 1986 at the height of his post-Live Aid fame; meeting Britney Spears for a Blue Peter interview at our Oxford Circus store before anyone had really heard of her in the UK; Tiffany’s first ever UK shopping mall tour; Sparks performing live at 150 Oxford Street (a personal favourite); working with ITV and Michael Aspel at HMV 150 Oxford Street to set up Hot Chocolate’s Errol Brown for This Is Your Life, Morrissey’s five-hour signing sessions; Elton John getting stuck in a lift; joining the team from Mercury and Universal Music on our hands and knees as we sprinkled glitter into a new store carpet ahead of Mariah Carey’s arrival; explaining to 1,000 Usher fans in Lakeside that he wasn’t coming after all; and so many others superstar artist appearances…. Tina Turner, Dolly Parton, Tom Jones, Lady Gaga, A-ha, Culture Club, Quentin Tarantino, Terence Trent D’Arby, Cecilia Bartoli, Jose Carreras, Andy Williams, Barry Manilow and countless more.

“I hope I’ll be indulged for such ridiculous name-dropping, but what the heck, HMV is only 100 once! But the most special moment for me came with the privilege of organising a David Bowie album signing for Heathen at our 150 Oxford Street store in September 2002. The atmosphere was one of pure love fused with awe and incredulity for me and the hundreds of fans lucky to be inside. To cap it all he remembered my name, which I don’t think I’ll ever forget, and my photo with him is my proudest possession. I owe Alan Edwards a perpetual debt for that one, single moment. 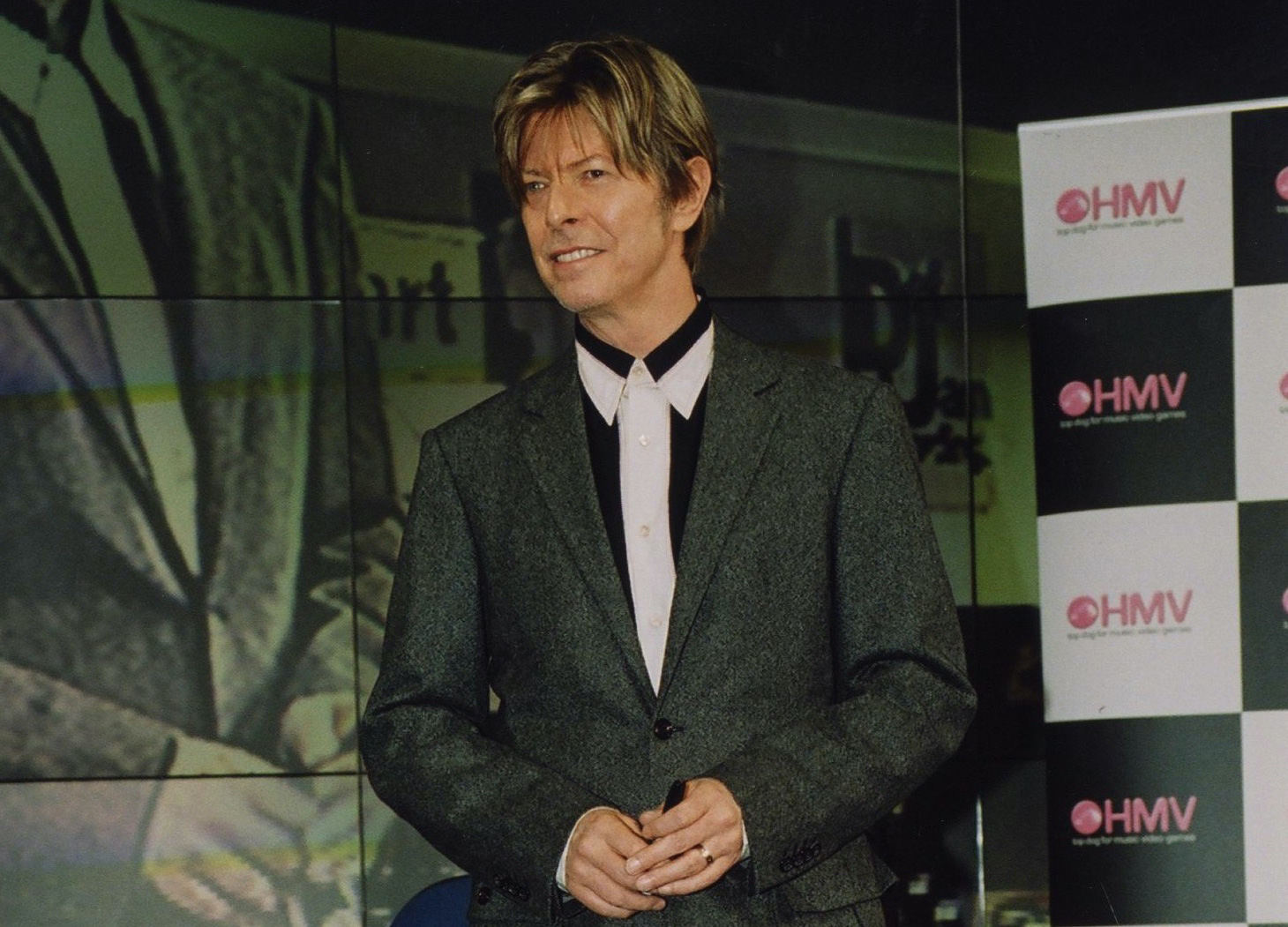 “But, ultimately, my greatest memories are about the amazing people that I worked with over many years – it’s a cliché to say it, but it really was a family, and was driven by incredible passion and love of music and a fervent desire to be as successful as it possibly could under the inspiring and driving leadership of MDs such as Brian McLaughlin and Steve Knott, and later the visionary brand marketing of Graham Sim, who launched the brilliant My Inspiration and Get Closer campaigns. And so many other amazing people… Mike Autton, David Terrill, Claire Knott, Alan McDonald, Rona Rhodes, Trish Saunders, Simon Winter, Jill Thomas, Vassia Panaouta, Jim Peal, Jason Legg, Jim McMahon, Mike Grant, Karen Simmonds, Steve Owen…. the list is endless.”
Gennaro Castaldo, BPI, communications director

“There was a time when everyone who was anyone did a PA at the HMV flagship Oxford Street store. We’d enter round the back, traipse up the stairs with our little backstage pass stuck on, pass all the boxed new releases and staff in meetings and head into the most inauspicious green room you’ve ever seen in your rock ‘n roll life. But Madonna was not just anyone. She was and still is the biggest star on the planet, so when she agreed to launch her new album American Life with a live instore, the joint was jumping with anticipation and the pavements outside the shop were bursting at the seams. How did it happen? Madonna always pulled something unexpected out of her bag of tricks. She did a short set at Brixton Academy for Ray Of Light and a couple years after HMV would go on to to do a sensational midnight set at GAY. All glorious unexpected treats in a delicious career.”
Barbara Charone, MBC PR

“My favourite HMV memory is heading up to Oxford St in the late '80s as a youngster to watch the Milk Tray man abseil down the front of their flagship store as part of a promotion for a new release. Back in the day when a new release was a real event!”
Drew Hill, MD, Proper Music

“I was, and still am, an enormous fan of Maxïmo Park, and I went into HMV in Newcastle to go and buy a load of vinyl. As I was taking it to the till, I looked up and Paul Smith from Maxïmo Park was also in there buying CDs. I, very awkwardly, as a student, went, ‘I’m buying Apply Some Pressure on vinyl’. He signed a couple and I’ve still got them in my house, because I’m sad! So I’ve got very fond memories of HMV, and I bought lots of DVD box sets back in the day as well.”
Greg James, BBC Radio 1 Breakfast DJ

“I remember going to Birmingham HMV, because I used to spend the summer there with my uncle, and he would take me shopping. I bought a fresh new pair of trainers and 2Pac’s greatest hits. I just knew that day I’d made my uncle proud!”
Jamz Supernova, BBC 1Xtra and 6 Music

“We have done several HMV in-stores with various acts. I think my favourite one was when Gallows played at the Oxford Street flagship store and created total carnage in the basement with various items being ripped from the walls… I think they stopped doing fully live performances for a while after that!  We’ve done amazing shows, all around the UK, both acoustically and fully electric with Bring Me The Horizon, Bullet For My valentine, Funeral For A Friend, Don Broco and many more.”
Craig Jennings, CEO, Raw Power Management

“HMV staff would make great detectives. When I was working behind the counter at HMV Liverpool a lady came in and asked for the record about ‘the woman jogging down to the shops’. I managed to work out she was after Kate Bush’s Running Up The Hill.”
Graham Jones, sales representative, Proper Music, author of The Vinyl Revival 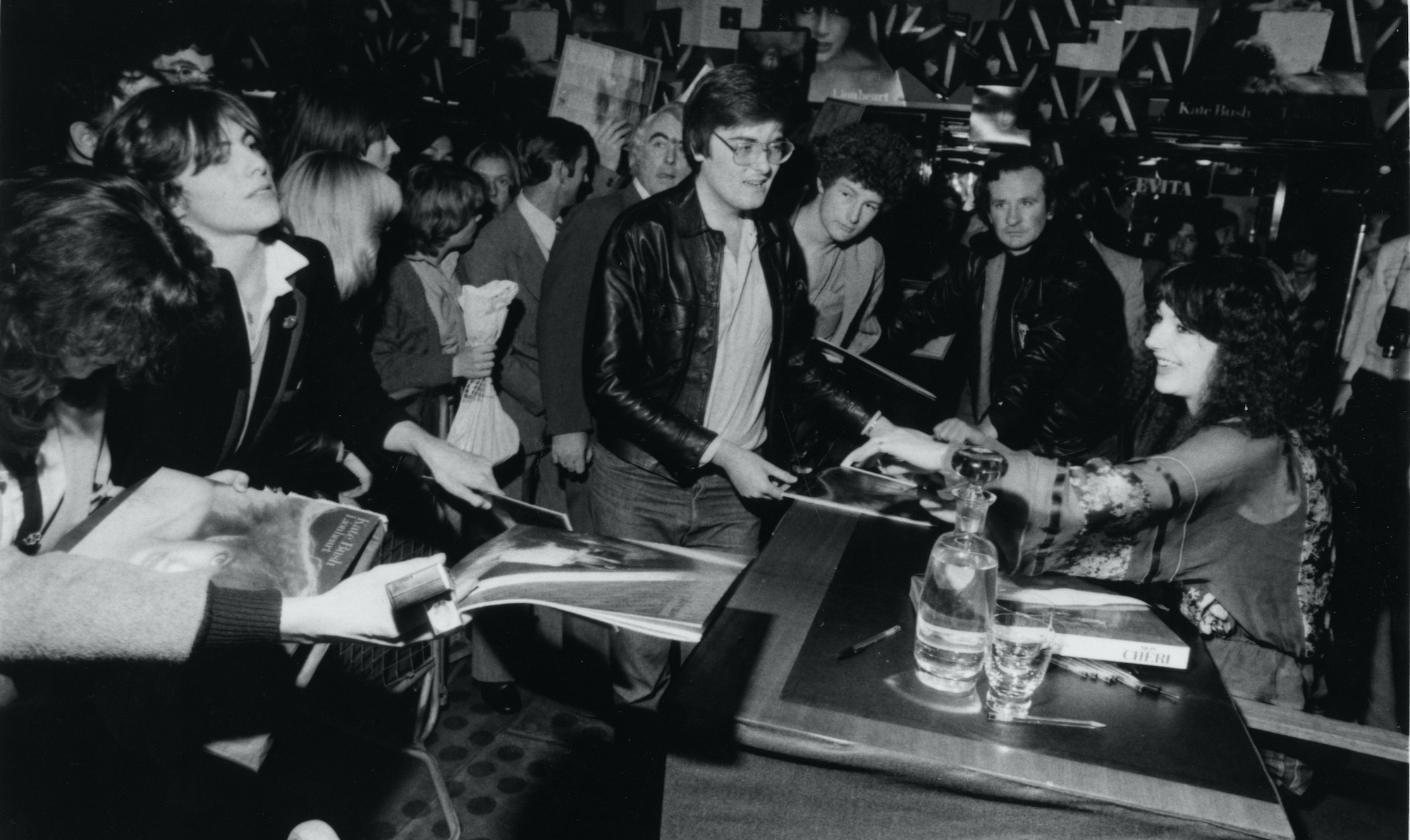 “HMV is a national institution that has been an indispensable part of British musical history over the past century. Every music lover will have their own special HMV memory. Mine was saving up to buy my first album – S Club by S Club 7– from HMV when I was a boy.”
Jamie Njoku-Goodwin, CEO, UK Music

“In my late teens I was indoctrinated to hate HMV. I cut my teeth as a manager and, subsequently, head office buyer at Our Price/Virgin so from a work perspective, HMV were regarded as the enemy (pre-online retail of course - little did we know). This was of course born out of parochial professional jealously, because the reality was they were the retailer we all aspired to be. The shops, the range, the brand, the heritage  - all were perfect exemplars of what commercial High Street music retailing should look like. And of course the fact they have weathered a number of storms over the past 20 years and remain that last man standing out of the big chains is testament to their endurance and their staff - as well as the affection and esteem they are still held in by a number of generations. Also, my God, could their buyers put it away at a record company showcase.”
Pete Selby, publishing director, Nine Eight Books and former Sainsbury’s music and books manager

“HMV has such a special place in our hearts. As kids, we’d flick through the CDs on the shelves and dream of one day seeing our own album there. Having such a personal connection with the stores, makes it so special and almost a bit surreal playing in store to celebrate our album releases. The craziest one was Oxford Street for our third album, where we arrived in a vintage US police car, handcuffed to each other.”
The Shires 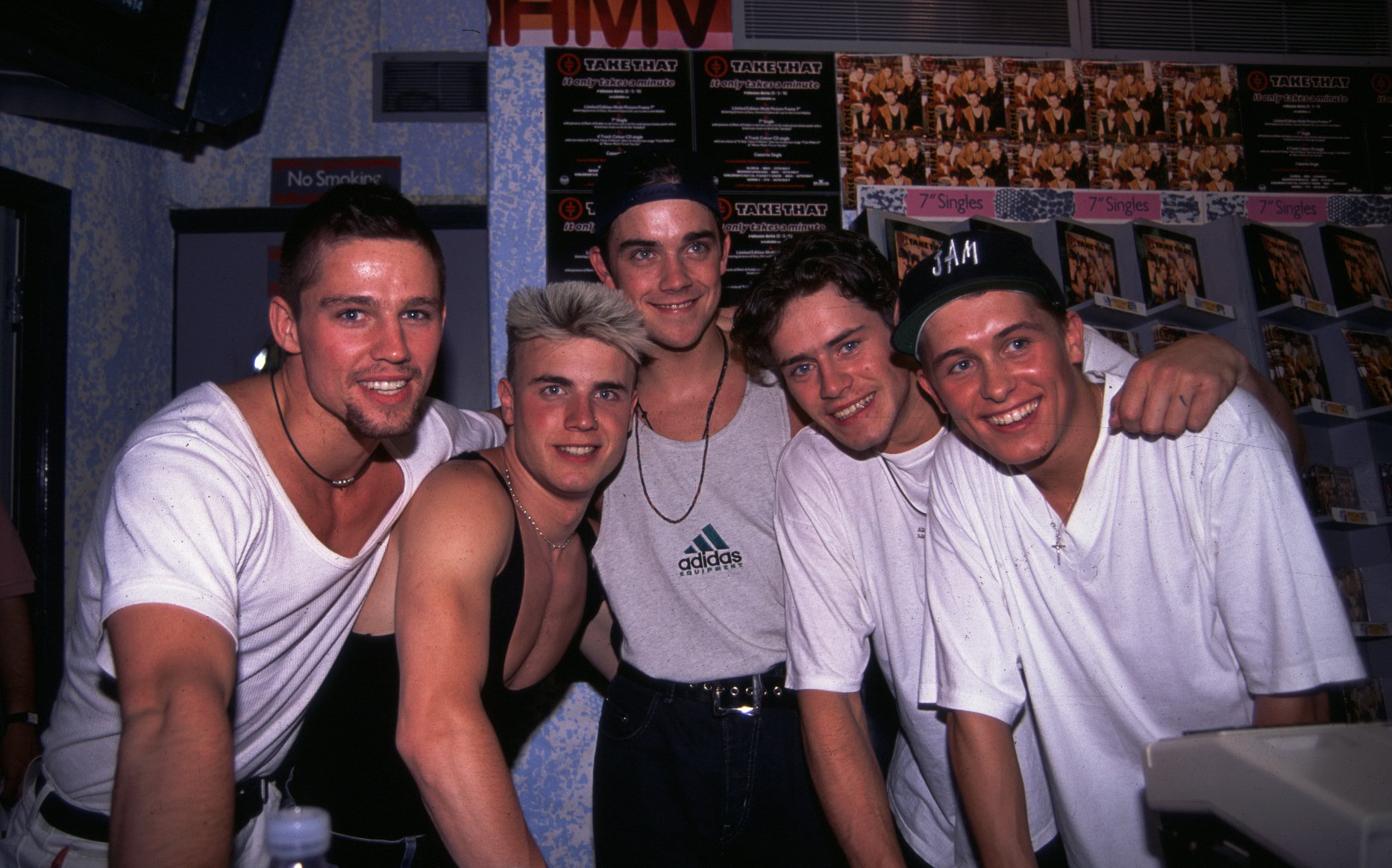