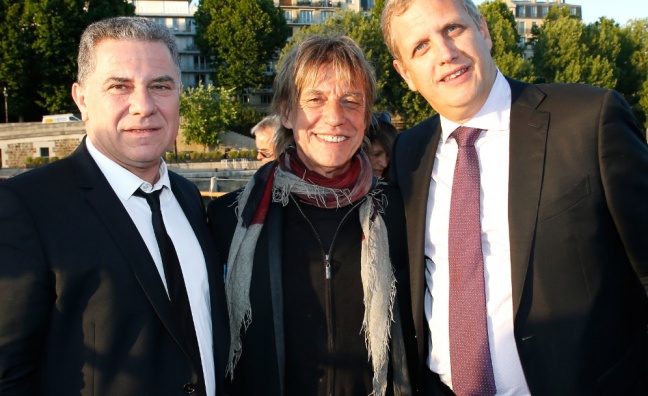 This is a high honour bestowed by the President of the French Republic to individuals with distinguished military or civil achievements.

The presentation was made by legendary French music executive Bernard de Bosson, who was a central figure in the formation and growth of Warner Music France, running the company for 17 years.

Warner Music Group CEO Steve Cooper said: “Thierry is one of the most admired and accomplished executives in the music business. Since joining WMG 13 years ago, he has led Warner Music France into an era of great artistry and accomplishment. This is a wonderful recognition of all he has done for artists, music, and his country.”

Last year, Warner Music France had the biggest airplay share in the country of any label, and at the 2016 NRJ Music Awards, its local and international acts won nine of the 13 prizes presented.