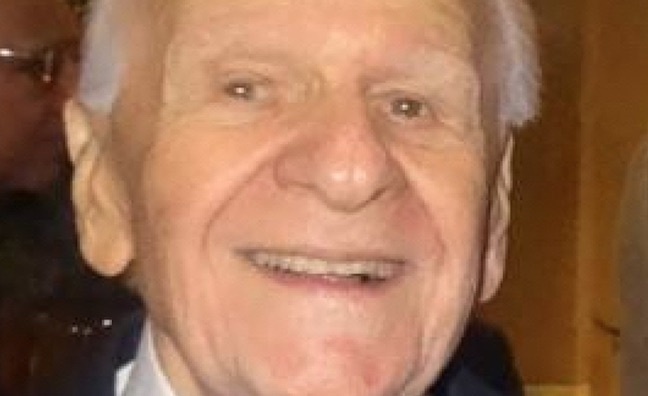 Marcel Stellman the record exec, songwriter and man who brought TV quiz Countdown to the UK has died.

A long-standing producer and international manager at Decca, Stellman worked with the likes of Tom Jones, Engelbert Humperdinck, Vera Lynn, Max Bygraves, The Moody Blues and The Rolling Stones.

He was also responsible for the lyrics of a series of hits including Tulips From Amsterdam, Johnny (Is The Boy For Me) and Un Garc'on des I'les.

Having watched French TV's Des Chiffres Et Des Lettres, Stellman acquired the rights to the letters and numbers shows, and rechristened it Countdown. It made its UK debut as the first programme to be broadcast on the new Channel 4 in 1982. It has remained on the station ever since.

Very sad news for the Countdown family today: with the death of Marcel Stellman we have lost our patriarch and most passionate advocate. He brought to the UK a format that almost everyone has played and loved. And we loved him. #RIPMarcel

The exec, who had been evacuated from Belgium to Scotland during the Second World War, had a long background in both television and music, with one of his first endeavours seeing him provide the singing voices for pop pigs puppets Pinky And Perky when the show launched on British TV in 1957.

The recipient of several industry awards, Stellman won an Ivor Novello Award for Dance On in 1963, received the BASCA Gold Badge Award in 1988 and had also been named a Freeman of the City of London and a Chevalier de L'Ordre Et Des Lettres in France during his long career.