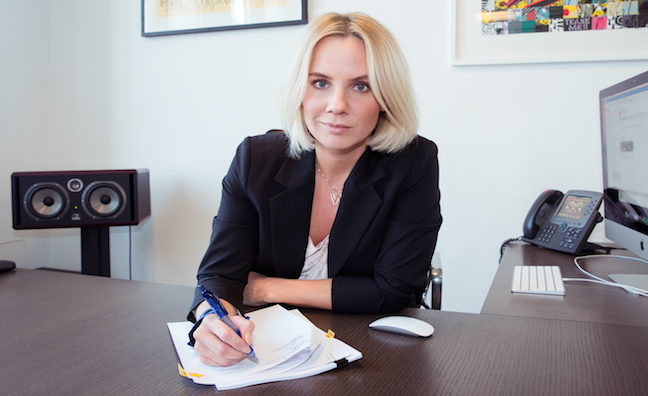 Wroldsen, who has co-written several hits with the likes of One Direction, James Arthur, Clean Bandit, Britney Spears and Jess Glynne, is now looking to break out as an artist in her own right. Her first hit came when she co-wrote Shontelle’s Impossible, which was released on Syco Music by James Arthur as his X Factor winner’s single in 2012. Arthur’s version went on to become the UK’s fastest selling single of 2012 and has sold more than eight million copies worldwide.

In 2016, she co-wrote and provided vocals for Calvin Harris and Disciples’ hit How Deep Is Your Love. Recently, she recently featured on Martin Solveig’s current hit single Places, which has so far been streamed more than 60 million times on Spotify.

Wroldsen said: “I am very excited to start this venture into a new chapter of my life and I am particularly happy I get to do this working with Tyler, Anya and the rest of the incredible team at Syco.”

Tyler Brown, Syco managing director, added: “Ina is undoubtedly a world class songwriter who is just getting better and better. Ina's incredible success over the last nine months is testament to that. I've always felt she was an artist as well as a writer and the songs she has written for herself this year are exceptional. I can't wait for the world to hear them.”

You can read more from Brown on the label’s new signing here and in the new issue of Music Week, out now.